I forgot my planner today. Which means I will have to muster up a few things that happened this week because I am becoming so forgetful. Here we go...
Yes. I am here in Zoetermeer which translates to Sweet Lake. The temple is in our city. It's fantastic. Also the church building here is so big and beautiful. It is sooooo good. It felt really right to come here and I'm trying to discover everyday the reason that Heavenly Father would want me to come to this lovely place for the last 6 weeks of my mission.
Z. Maughan is a gem with the loveliest singing voice and she plays ukulele and guitar and she sings to me when we're stressed. She's also from Highland Utah which is super cool. She's been here for Zoetermeer for just one transfer but it amazes me how fast she connects with people and learns to love them.

Before I left Apeldoorn last week I shared the "Christ-like Attribute" in District meeting. I chose to work on being Selfless, full of Love and Kind. It is a very long process, especially for someone like me that LOVES sarcasm and joking around, but it was really cool to come to Zoetermeer and realize we both wanted to improve in the same thing. We actually got to listen to a talk by Elder Uchtdorf last night called "The Love of God" while at an investigators house. We listened to the talk and then helped this man to choose a date to be baptized. He is this really awesome man in a wheelchair who is so diligent about coming to church, and has so much appreciation for how the people in the church have helped him. This talk really touched me and helped me to realize the motivation behind loving other people, and why God loves us. Super good one... I'm gonna study more this week if you want to join :)

The ward here is reaaaally great and I've already met a lot of great people. We have 4 hours of Church every Sunday because there is an international English speaking ward and a Dutch ward. It was super funny because the first time I met the ward(s) was at a Christmas party a couple days before Sunday so I had no idea who spoke Dutch and who spoke English because it was a combined party. I love both of the wards though, and it was really really strange to be singing hymns in English again. It's a bit of a blessing though because it's slowly easing me back into how it will be at home. I love Dutch though! All of us missionaries decided it is so much easier to talk to Dutch people than English. So that's awkward.

Also it was hilarious because I was sitting by this Dutch lady at the Kerst Feestje [Christmas Party] and we were singing a hymn in Dutch and then the 2nd verse was English. She stopped singing when we got to the English verse, and my natural reaction was to stop as well. The lady started laughing and was really confused because English is my "moeder taal"- [mother language] I just kind of forgot though....

Last thing of the week... That I can remember right now...
We worked on a members farm on Tuesday and I got to scoop up cow poop and wear rubber boots and throw hay at the cow and say all my cow jokes the whole morning. It was super fun and I topped off the morning with sinking into a good ol' pile of mud which might have actually been cow poop?

The best part was one of the cow jokes I shared with the Dutch Member Wouter. I'll share with you...


"What do you call a cow with no legs?"
Ground Beef

I told him this joke in English and he laughed and thought I was super weird at the same time. Then like 30 min later he came up and said this joke in Dutch.

The work is doing great here in Zoetermeer. We are working with some really elect people who are ready to be baptized. They just need the confirmation. I'm enjoying my time here and learning how to become more like Christ.
I hope you all have a beautiful Christmas Season and remember the reason for the Season. Now go to Christmas.Mormon.org and share it with your friends!

Mom's Note:
Emilee added these images to the pics she downloaded this week. I'm guessing they may be from her time in Apeldoorn. I love these images... it's obvious from the light in her eyes that she loves these dear people, The first two are possibly investigators or ward members. The third, Zuster Robbins, who began this wonderful journey with her in the MTC. 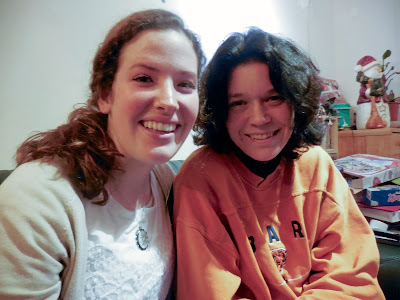 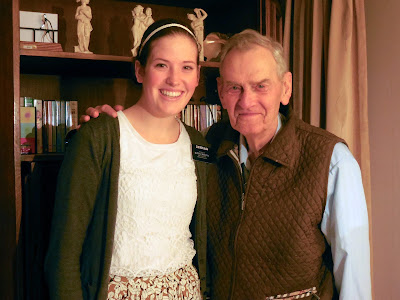 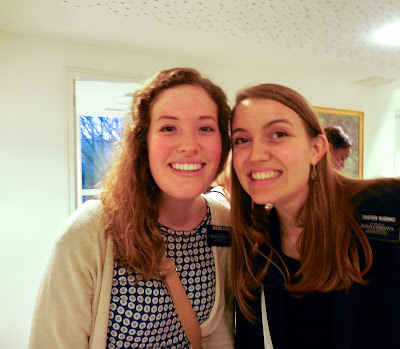 My mother will be sharing
my words and pics
of this incredible journey
as a missionary for
The Church of Jesus Christ of Latter Day Saints.
Enjoy!

Tiptoe Through the Tulips with Me