Smiling in the Rain 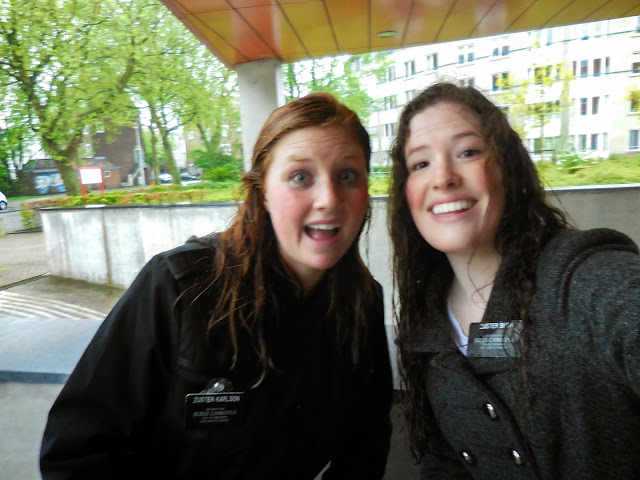 It rained probably every day this week and we were biking every time. Even ended up without a coat for one of the times because it was super hot outside. The weather is so unpredictable here. Funniest thing ever. We showed up to an appointment soaking wet and the old couple gave us towels and hot chocolate. They were so worried that we would come to their house in the soaking rain. They told us that we could stay home next time. But... we kind of have to continue the work.... so we might as well be at an appointment than outside in the rain!

When we were getting ready to leave they gave us some of their big sweaters and then laughed at me because the sweater they gave me was orange and it definitely clashed with my red skirt. Super funny and sarcastic couple. 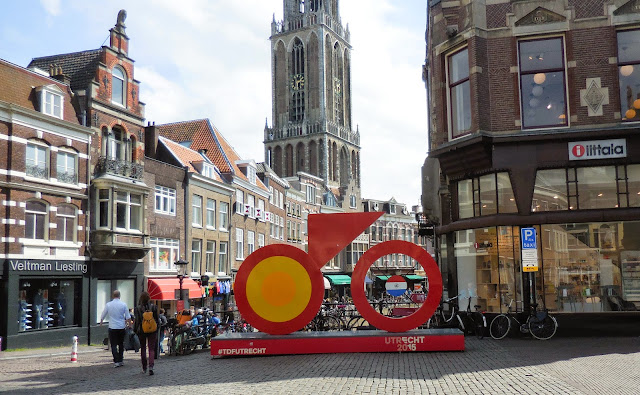 There were parties and carnivals all over Utrecht this week.
Memorial Day and Mothers day,
and it was a day of sunshine so why not throw a party? 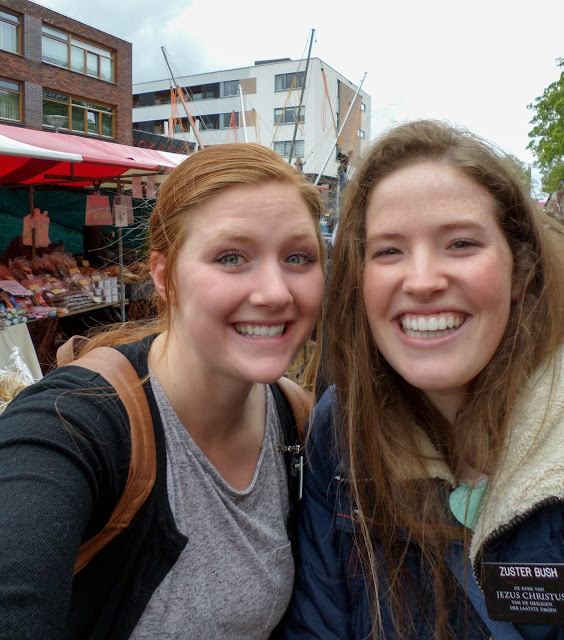 We would hear music and see tons of people and lots of random ghetto carnival rides. We stopped in on a couple hoping to meet some super cool people. Mostly people just like to party here and we didn't really see much success, but we got a taste of the Dutch culture!

Zuster Karlson and I were getting done with one appointment and biking to the next, and it started pouring rain. I wasn't even wearing a coat with a hood so we were biking and using our umbrellas. It got to the point where the wind was way too strong to use our umbrellas anymore, and we were literally the only people outside because the weather was CRAZY. We were super smart and decided to go a different direction and ended up getting lost. 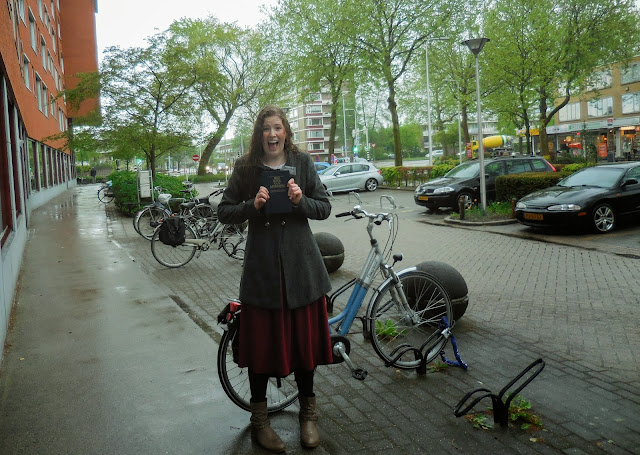 We finally made it to our appointment soaking wet, and decided to take a quick pic before we went in. Zuster Karlson took a pic of me holding my Book of Mormon and a guy that was outside getting ready to leave on his bike saw it and asked what kind of book it was. He asked if he could have it because he is investigating a lot of churches right now and is currently with the Jehovah Witnesses and it's not really for him. I gladly gave him the book and he went back inside and put it in his mail box so it wouldn't get wet. Really cool that we were able to talk to a guy about our church without even planning on it. Maybe it was a blessing that we got lost and soaking wet??? Funniest part about it was showing up to the appointment without another copy of The Book of Mormon, and getting made fun of by this really cute old couple for not having one. We read a chapter with them every week, so we all shared one Book of Mormon :)

We went to look up a couple of Konings Dag referrals this week and they are pretty positive! The Zone Leaders were working with us on one of the days, and this referral  wasn't home, but we talked to some of the students that were outside her apartment and they tried helping us find her for a good 30 minutes. They are all college students living on a campus of 800 people and they are apparently all Facebook friends with each other so they tried messaging her and telling her that 4 missionaries are waiting for her. haha. They all spoke English too, so we got to answer a bunch of their questions while waiting for this girl. She didn't end up being on campus at the time, but we called her and have an appt. later this week. It's really cool because she already has a Book of Mormon in English and Dutch because she lived in America for a while and has friends that are Mormon.


Sorry that was a terrible weekly email... Time went super fast today... But I love you all and I'm thankful for your support. Make it a good week full of miracles and funny things.

Halfway point of my Mission.

There. It has been duly noted.
Now back to work!