So.... this week has been one of the craziest weeks of my mission. I'm pretty sure I say that every week, but this time I really mean it. Monday and Tuesday were a blur after transfer calls, just getting everything ready for the new sister. On Wednesday we left on a train at 6:15 to be in Leiden at 9:30. There were only 2 sisters that came in this transfer so I feel really blessed to have this growing opportunity of training. 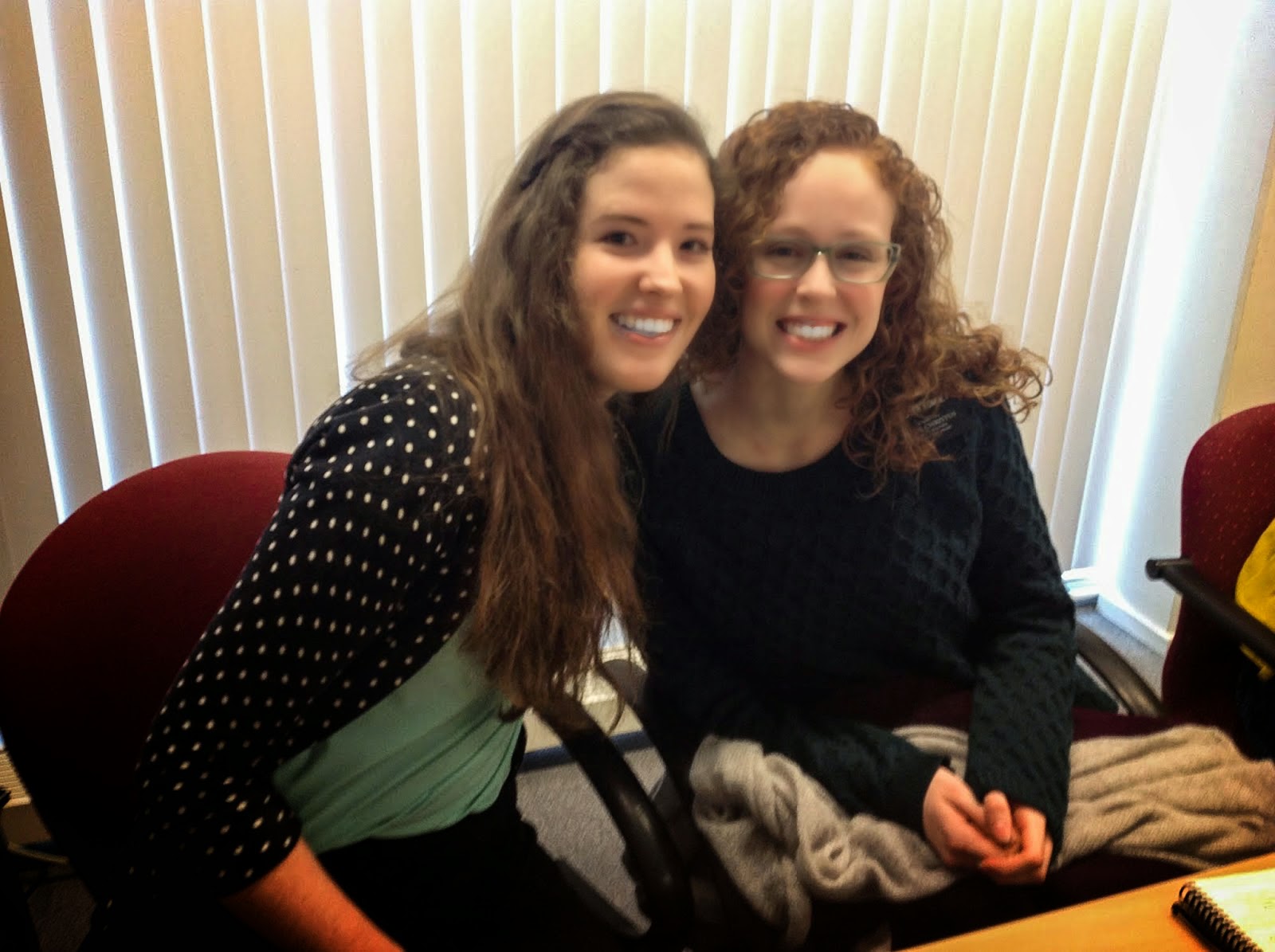 My companion is Zuster Romney and I love her to death already. She is a spunky red head with the most beautiful curls ever. We decided that we were meant to be companions because we are both from the Republican party(Bush and Romney) We call ourselves "Bomney". It's really funny too because the people here totally get the joke because they know lots about American Politics. Zuster Romney is from Springville Utah and she went to SUU. She is a dancer so I'm learning lots of fun things about that because I Always wanted to be a dancer. We've had so much fun together already and she's been super patient with me as I try to not lose my mind some days. We've both been a bit sick with a cold so it's been interesting haha.


It snowed for a little bit last week but it didn't stick at all.
But when we woke up on Saturday morning... we felt like kids on Christmas day. 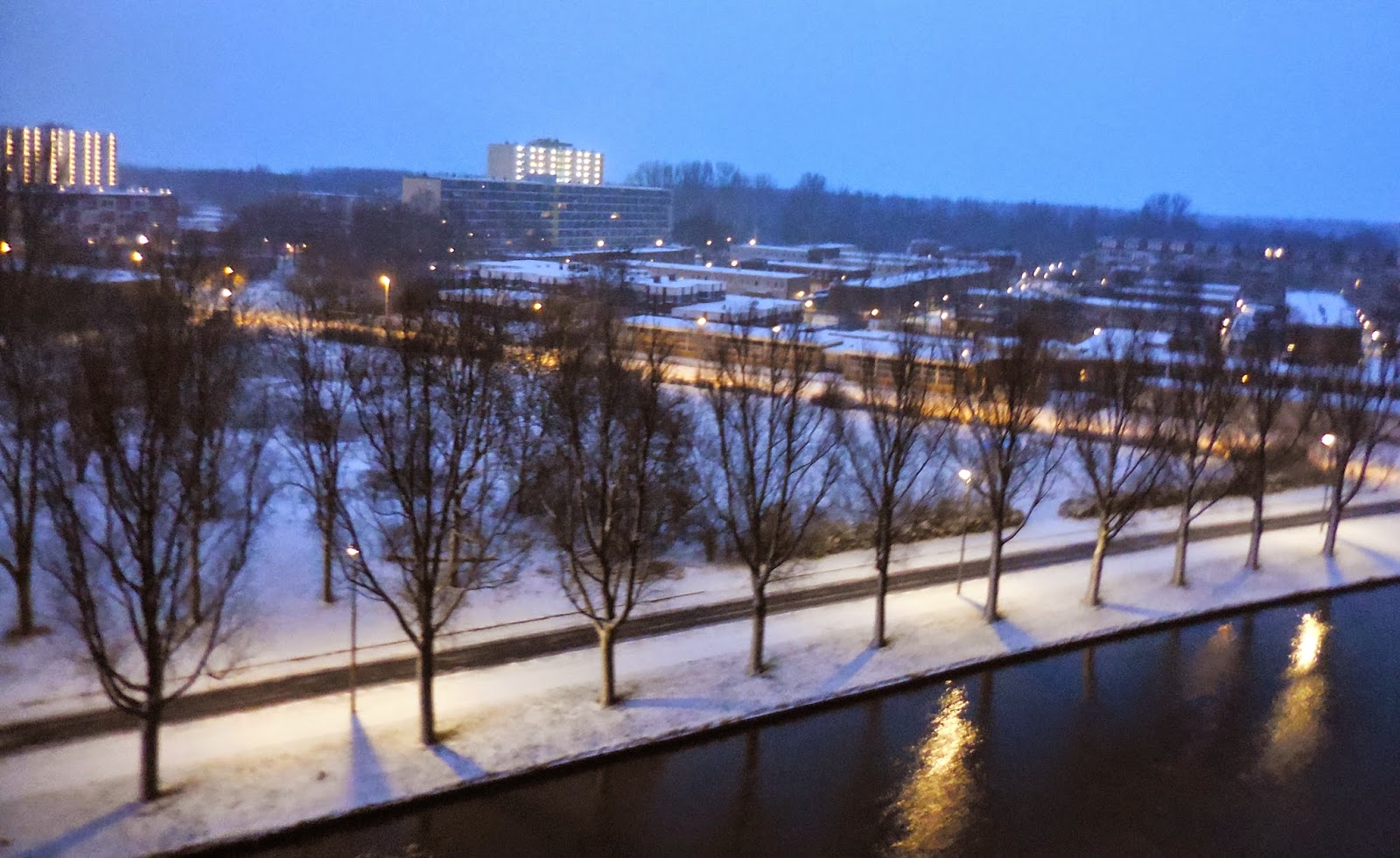 Beautiful Leeuwarden was covered with snow and the canals were frozen. We needed to bike to the station to catch a bus but we only had one bike. Our plan was to achterop- one person rides on the back, but it was way too slippery and it was Zuster Romney's first time doing it. Instead we waited for a different bus which didn't end up coming for an hour because of the weather! But we built a lovely snow man while we waited. Sadly the snow only lasted for a day and a half and there is just a bit of slush and ice now. But it was so exciting for a day!

A trip to the bakery... chocolade croissant and an amandel broodje- it has almond paste in it.  It was the BEST. Super close to our house and we had to go  before Zuster Doxey left.

COOL experience with P. this week... this was Zuster Romney's first lesson in the land and our plan was to teach P. about having Faith in Jesus Christ and seeing if she read Ether 12. Usually her 15 year old son N. is in and out of the room as we teach and he doesn't really listen to much to the lesson, just the chit chat at the beginning and end, but this time he came and sat down for the whole thing. And let me just tell you... the gift of Tongues is real- as well as the power of the Holy Ghost. He started asking lots of questions about the Plan of Salvation (something we taught his mother a few weeks ago). It was really amazing to be guided by the spirit to know what to teach and tell him. It was a lovely moment to also see P. teaching her son what she had learned from us. We committed them to pray together as a family each night, and I even gave N. his very own chapter to read :) We are SO excited that they are progressing so nicely and we love teaching them.

As for new investigators we don't have any right now, but we did meet someone on the street who we made an appointment with. Zuster Doxey and I found him last week and we saw him walking on the sidewalk as we were biking and we stopped him and started talking to him. Apparently he has met the missionaries before because he asked us for a card before we had the chance to give him one. I'll keep you updated on how it goes!

Favorite scripture of mine this week would be Alma 26:35-37. We are all so important in the eyes of our Heavenly Father. Don't forget the simple principle that God is our Loving Heavenly Father and he will do anything for us to learn the right principles and be worthy enough to return back to him.

I am doing really well and I thank the Lord everyday for my health. My jaw is doing just dandy and I am a biking machine.

I love you all and thank you for the Birthday wishes!

Gotta run! Gonna do a bit of shopping to find Z. Romney some good winter stuff. We already found her a bike this morning so that was a blessing! It's a super good one too.

p.s. I get to pick up my B-day package tomorrow :) At zone training.