This week was full of two exchanges
two turkey dinners
two council meetings
two visits with people I love in Leeuwarden
and one American Football Turkey Bowl.
And... I practiced the violin and sang in a choir. 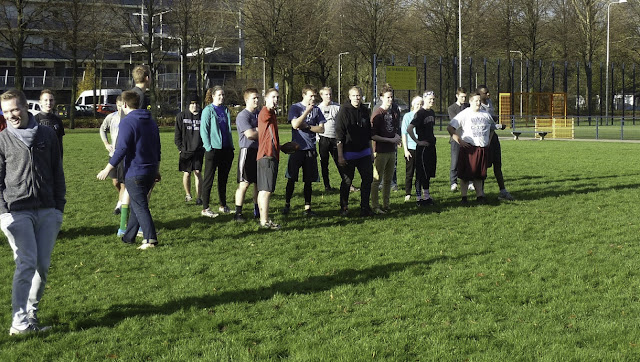 Turkey Bowl with our entire zone in Zwolle on Monday was the best. We only have 6 sisters in the Zone and the rest are a bunch of crazy Elders. No one got seriously injured, and I decided that I probably shouldn't have any dreams of being a quarterback in the NFL. It was pretty fun though for the handful of times I've played American Football in my life. 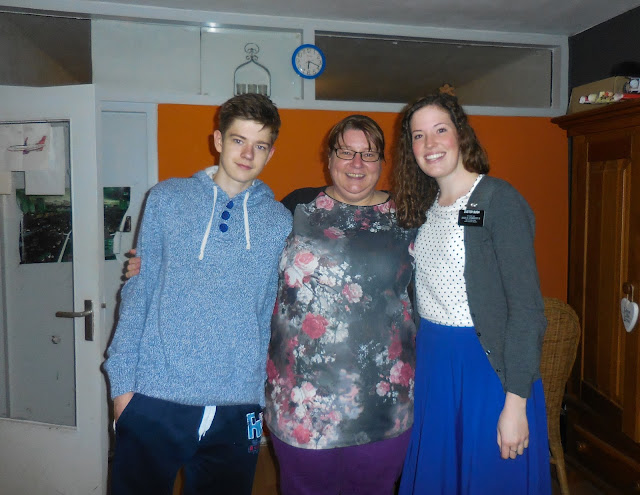 Exchanges in Leeuwarden the next day was a dream. I love that little city especially around Christmas. I visited our past investigator Petra and her son Niels. She is no longer investigating the church, but I think that visit helped open her mind up to the possibility again. I have learned a lot from Petra about taking everything in life step by step. Reminds me of my favorite scripture...

"For behold, thus saith the Lord God: I will give unto the children of men line upon line, precept upon precept, here a little and there a little; and blessed are those who hearken unto my precepts, and lend an ear unto my counsel, for they shall learn wisdom; for unto him that receiveth I will give more; and from them that shall say, We have enough, from them shall be taken away even that which they have."

It had been almost a year since I´d seen Petra, and in that time she had finally opened up to going to church, and became good friends with some of my favorite branch members in Leeuwarden. It was really cool to see how much we had both progressed in life since we last saw each other.

Also the next morning we took a quick visit to see Zuster Steinvoorte and her daughter Elles, and Trushna a really good Jovo friend I made while serving in Leeuwarden. Everyone seems to be doing really well, and it felt good to go back and see that the city was doing so well.

This is Leeuwarden... and this is a Good Day
(Best Day of our Life)

Also.... Zuster Jaramillo is just too fun, so we had a good time reminiscing.

The next day we exchanged with Groningen Zusters and I went to Apeldoorn with Zuster Harris. She had served in Apeldoorn for 2 weeks because of a crazy transfer, so she knew the city a little better than I do. We saw MIRACLES. The schedule was a bit crazy because the day before Zuster Jensen was working in Apeldoorn and a few plans had changed that I wasn't aware of, and because Zuster Jensen and I literally saw each other for 1 minute before exchanging again, she forgot to tell me the plans had changed. Zuster Harris and I finally got back to Apeldoorn, and we went to a dinner appointment with the ZL's who were also on exchanges, and then we planned on going to a less active that I had to guess on how to get there because I forgot the map from Zuster Jensen. Then we realized that there was another appointment scheduled with our investigator just an hour later. Without a map, and without cancelling either appointment, we made it to both of the appointments just 15 min. late. We biked soooo fast, and made record time. Also it was just super good to be on exchanges with Zuster Harris. She came in the same group as Zuster Romney and I am so amazed at how good she is with missionary life. We both taught together like it was no big deal, and I really learned a lot from her. 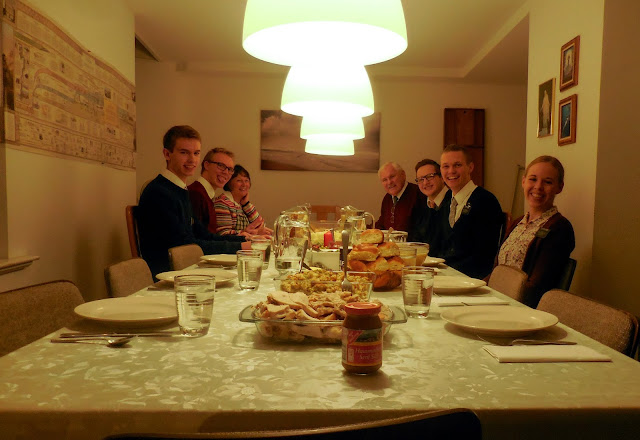 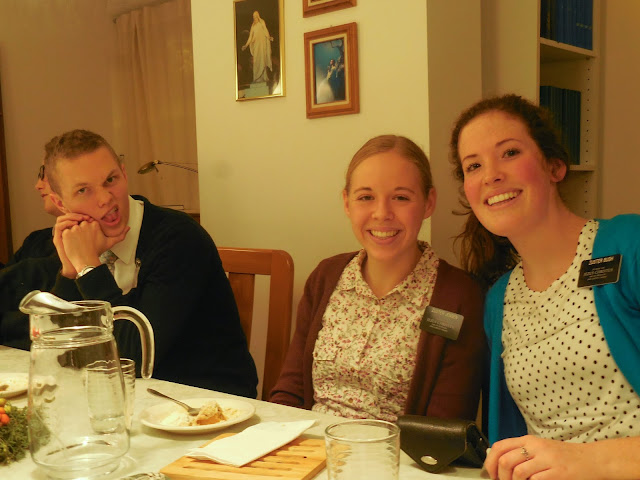 Our 2 turkey dinners were super lekker. One was at Mission Leader Council (probably my last one!) and the other was made by our lovely Senior Couple Elder and Sister Hill. We got together with our entire district and it was super gezellig. I felt really grateful for the chance to be a missionary and meet all of these people that I probably wouldn't have had the opportunity to meet if it weren't for my mission.

Thanks for the Thanksgiving pics!
Love you all