Most Exciting Week in Utrecht... and my Last! 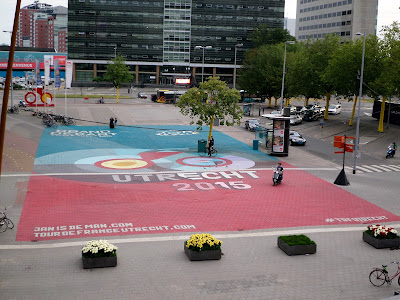 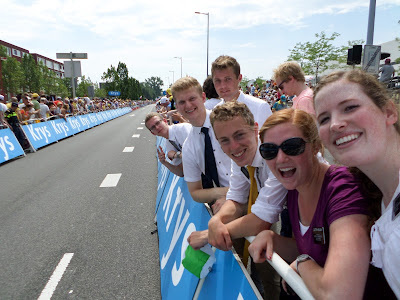 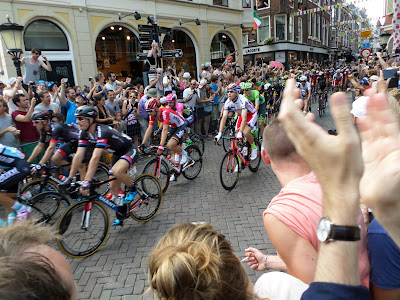 The Tour de France started here on Saturday with time trials and it was so stinkin' cool. The streets were packed in places where we ride our bikes everyday to get around, so of course we had to watch a bit of it. 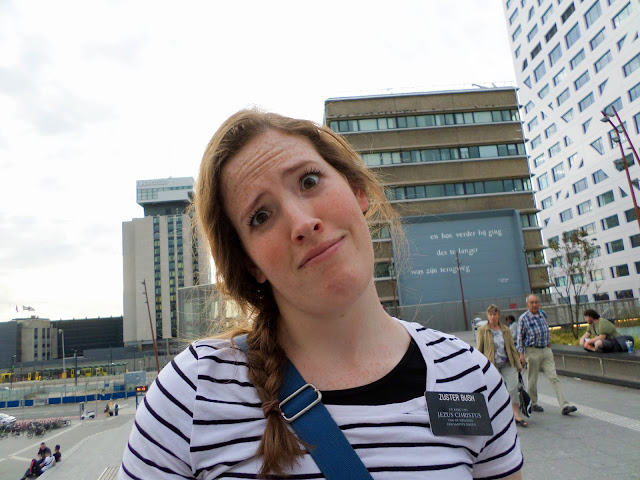 This week was also the hottest week I've ever experienced on my mission. Sooo humid and gross. I never knew I could sweat so much. But I am alive, and even more crazy things are happening that I will simply just not have time enough to tell.


This is gonna be a really disorganized letter. Here we go.

Highlights of the week: 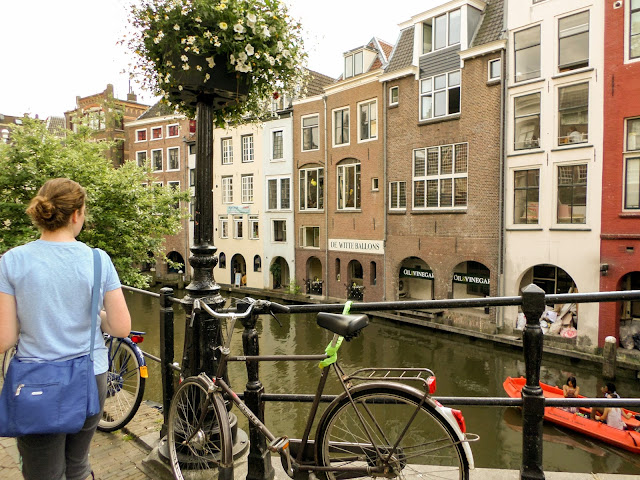 Kayaking last p-day along the Oudegracht Canal right in the middle of the city.

Biggest regret- no pictures of us kayaking.

( Mom the Editor found this pic on Google.
Imagine our Zusters and Elders kayaking down this scenic canal.
Can you find what elements are the same in both pictures?)

Lesson with Molla from Ethiopia. He wants to get baptized at the end of the month, and we just started teaching him last week so we've been trying to teach him all he needs to know. He came to church yesterday with his Amharic Book of Mormon, and he was so happy to be there. Jammer genoeg, we only had an hour of church because of the Tour de France traffic. The tour really took over our city this week!

We had a couple miracles-
Knocking doors on a super hot evening with nooo water left. Praying so hard that someone would offer us water, and a couple doors later a young lady with kids answered the door and said no right away to us, but offered us a glass of water. So kind, and unexpected from her. Made me realize that we can still be nice to people even if we don't fully agree with what they have to offer.

Lesson with good ol' Franck. The plan was the teach him the rest of Het Heilsplan, but we ended up talking about Latter-day Prophets. Such a cool eye opener for Zuster Karlson and I. Helped us to realize how important a Latter-day prophet is to the conversion of someone. We could've continued on with the lessons, but until someone understands the significance of the organization and foundation of our church, they will not be as open to our message. I'm sooo thankful to have modern day revelation, and thankful for the continuous line of prophets ever since the Restoring of the Church done by Joseph Smith. Soo cool that God loves us so much to provide a way for us to continue receiving guidance in this crazy life. Go watch "On the Lord's Errand" if you want to learn more about Thomas S. Monson. 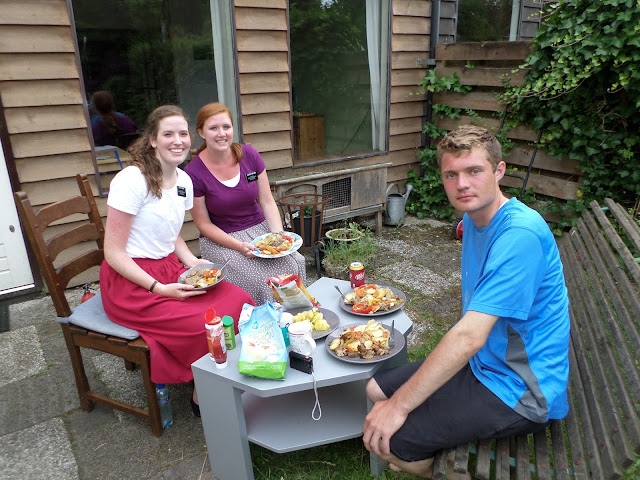 I tried Fufu (African Food) for my 4th time on my mission. Gotta try it at least once in every city!
I got to wear pants several times this week. Helping someone move. Best thing ever.

Accomplishing a mission goal and contacting someone on their bike while I'm on mine. We've been doing a Dutch challenge with the sisters in our district for the past 2 weeks, and every day we have to accomplish a different challenge for points. We do random ones to help us learn new words, or learn new things about the culture. One day we had to share our testimony with as many people as we could so we went crazy telling everyone. It was the end of the day and we needed a few more, so I rode up along this guy from suriname and offered him a card. He got a little startled and slowed up, but I told him he could just keep biking. We had an interesting lil conversation for a few minutes until had to turn a different direction :) Mission accomplished.

Well that's about all I have time for this week. Things are gonna get a bit crazy here in the next few days. Utrecht will be closing for the sisters and that leaves Elder Gross here for his 4th with his greenie. Super sad to see Utrecht be closing because we have found many new people to teach in the past couple of transfers, but we are both excited for the next adventure. Z. Karlson is going up North to Groningen and I'll be going down down down to Breda with Zuster Jaramillo. Super pumped, and I just found out that Zuster Watts will be my sister training leader, so we will finally get to do some missionary work together. (Breda is in the southern most portion of the Netherlands, almost to the Belgium border. Mom the Editor)

I've never closed an apartment before, but it should be good. Hope you all had a lovely Independence Day in America and other lovely countries. We ended up barbecuing on a ghetto grill so that was pretty fun.