We No Speak Nepali

Soooo sometimes I get really confused where Heavenly Father sent me for my mission because I don't meet very many Dutch people. We can spend an hour knocking doors, and meet so many different people who are from other countries. We meet lots of Muslims from Iran, Afghanistan etc.. and the occasional Asian, Africans, and oh yeah. That one guy from Nepal. hehe

We met this guy from Nepal last week and the language barrier was so existent that all we could do was give him an English Book of Mormon and hope to be able to find one in Nepali. Turns out they don't make one in Nepali even though there was a guy in Meet the Mormons who was from Nepal. Such a bummer. So this guy is trying to enter it all into google translate because his English is not the best. It was the funniest lesson ever because we went on the churches website with him and tried to find every little thing we could that had to do with Nepal and our church. We showed him the 2 min trailer to Meet the Mormons, and every time the Nepal guy popped up, this guy was taking a drink of his Nepal tea or blinking, or not paying attention at the right moment! So funny. But he is SOOO open to learning about Christ. It kills us to have someone that is so open but not able to read the Book of Mormon in his language.

Anyone out there speak Nepali? Your translation skills are neccesary :)

We didn't have our usual lessons this week because people are too cool for us and the weather is too nice outside, but we did have a ton of time for contacting people. The parks were crowded here this week with people just bringing out their lawn chairs and barbecues and chillin at the park like they were getting ready for a firework show or something. It's pretty exciting to see what happens outside when the weather gets warmer here. No one is used to the sun. Not even my white little missionary legs. But we met some pretty cool people this week who are interested in what we do as missionaries. We knocked on a door and a young guy answered who wasn't religious but was interested in the Book of Mormon. We told him he could keep the Book and read it, and he was just about to take the book when he randomly just changed his mind because he doesn't live in Utrecht. He thought it would be better to give to his neighbors who were religious, and then he could borrow it from them when he is ever back to visit. We went and knocked his neighbors door and they were completely against talking to us. We were pretty bummed, and thought that maybe this guy was just trying to pawn us off onto someone else, so we were trying to decide if we should go knock on his door again, or just leave it. We decided to just leave it, and keep knocking. A bit later, we were walking past his door to get back to our bikes, and a lady was walking her dogs, and talking to another guy from the neighborhood. They told us we wouldn't have ANY luck in this area because everyone was Atheist. We then got talking to this lady about how people such as herself choose not to believe in God but she thinks that maybe people like us could clarify that a God does exist. We talked with this lady about how God has a plan for us. Her specifically, and that she actually has a purpose on the earth. We had a really down to earth conversation, and shared with her a Plan of Salvation pamphlet. She almost refused it because she said she wouldn't do anything with it, but we assured her that she didn't have to DO anything with it. The information was there for her to know, and to find peace from.
It was a really unique experience for us to be able to help someone but not necessarily by just presenting facts. The spirit really guided us to know what to say to help this woman specifically. It helped me to realize that there really is a part of the gospel for everyone.

Sunday was just a miracle day. The missionaries have been switching off teaching the Investigator Gospel Principles class because we don't have a ward mission leader at the moment, and it was our turn yesterday. It's kind of scary sometimes because we have NO idea who is going to show up, and no idea what kind of background they are going to have with the church. We usually don't get too many investigators, but mostly recent converts who come. But this week the church was pumpin' with visitors. 2 men from Mesa Arizona were here for Business. They are instructors at some sort of Engineering school at Arizona State University, and they brought a colleague of theirs that lives in our area. She knows a lot about the church because the job of these people are to present the gospel in a logical way. There is more to it, but it's kind of complicated to explain. I think his business is called Best Values. Anyway, this lady knows a LOT about the church and it was really cool to be able to teach her. There was also another ward member from Rosendaal that came with two of her friends that also live in our area and are investigating the church. Zuster Karlson and I taught about the Restoration of the Church and we think the lesson turned out pretty well. I am definitely NOT a teacher and not good at leading discussions and coming up with good questions which is funny that I am a missionary, but I've seen the spirit take over the lessons, and give me words of what I need to say.

Soo many other good things and hilarious things happened this week, but you will just have to wait for when I come home and tell you personally :)

Things are going well here in Utrecht, and the weather is getting so nice!
Here's a good lil scripture for ya...
Psalms 118:24-
"This is the day which the Lord hath made; We will Rejoice and be Glad in it."

Love you all! Keep up the good work.

P.S.
We went to a castle last week. Downton Abbey? 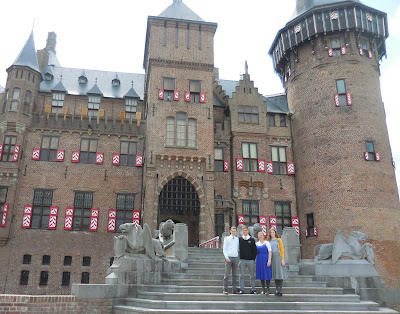 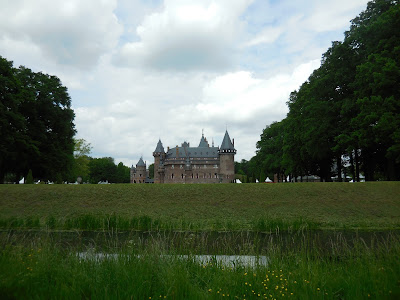 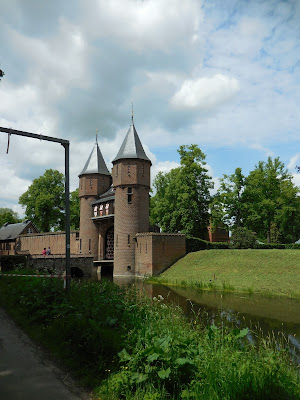 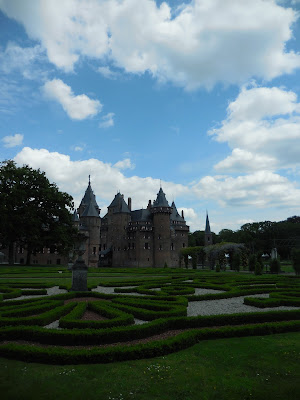 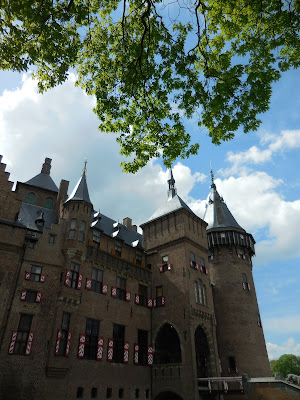