Smiles on Our Faces 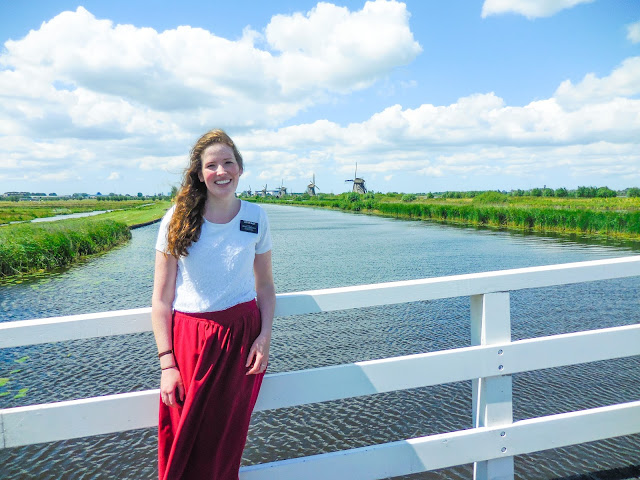 Mission life is just getting better and better... still hard, but better and better.
The weather is gorgeous here. I wake up in the morning and it's not hot or cold.
I feel like I am in a fake world or something because the weather is too perfect.
The days are so sunny and bright and I don't even hardly get sunburned.

I LOVE Nederland.
This week went by terribly fast.
I say that every week, but it really did. 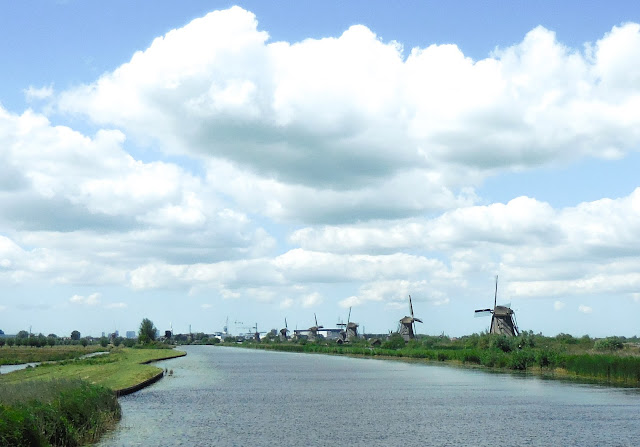 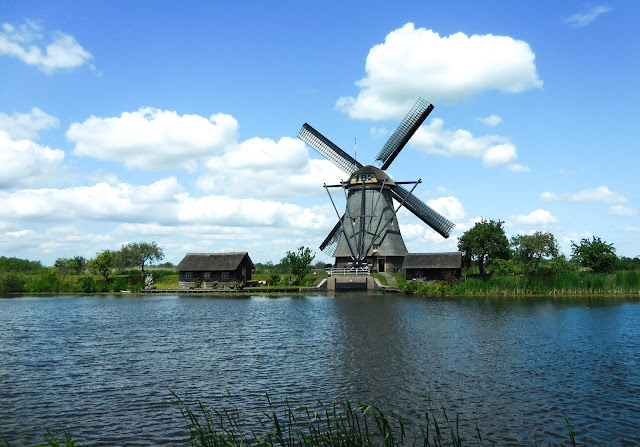 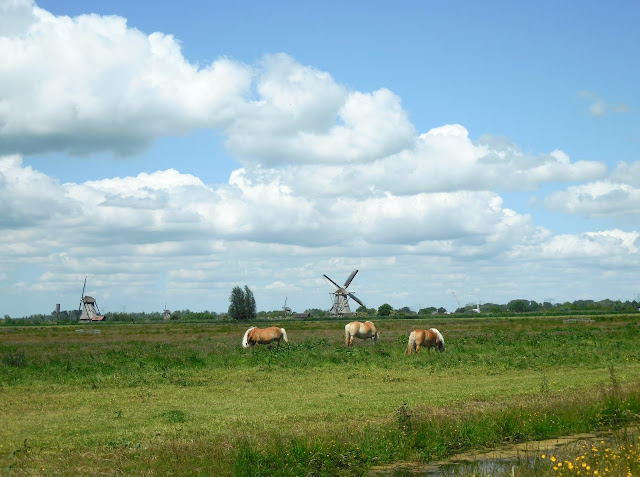 We went to Kinderdijk (lots of windmills) for P-day
with the Dordrecht Zusters and Elders,
and it was beautiful.

We ran into some members from Alaska
and it reminded me that we are not alone in this work! 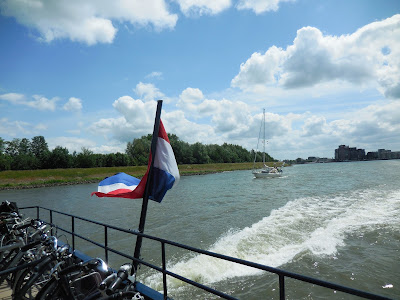 We got to ride a water bus
to Kinderdijk. 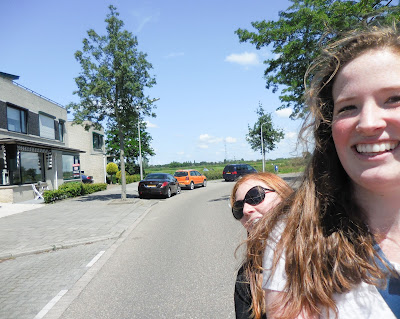 And then we doubled up on the bikes
to get to the windmills.
(achteroping) 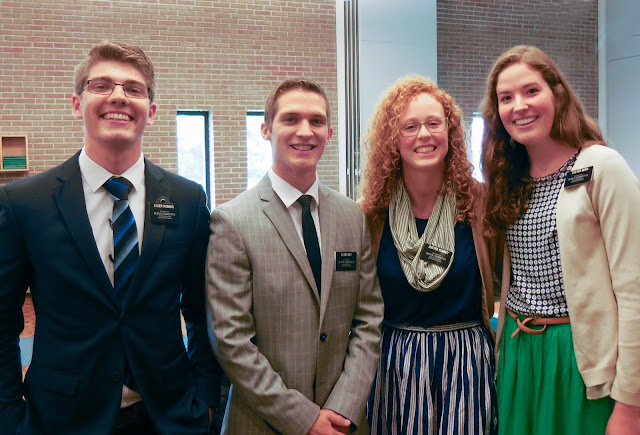 We had Zone training which took a lot of time away from proselyting, but it was ohhh so worth it. It was the last time President and Zuster Robinson would speak to us, and it was funny because we missed our train and ended up being late with 4 other missionaries, and we talked in and they were talking about accountability.... Love it. But it was really cool to hear what they chose to speak about for their "dying" words
(They leave July 1st).

Zuster Robinson shared the 13 blessings that are given to endowed members of the Church, from Doctrine and Covenants 109, and it was a big eye opener to realize that my job in preparing people for baptism is also to prepare them to make sacred covenants in the temple. Baptism is just one of the first steps, and we are so blessed to be able to make covenants to receive even greater blessings. We are so blessed to have more opportunities while on this earth. Super cool thought.

President shared with us some words of advice, and he shared a quote that I just love:


"Prepare for the future.
Put down the roots.
Be optimistic and happy.
See the vision and
Stay worthy to Stand.
We are on the Winning Team." 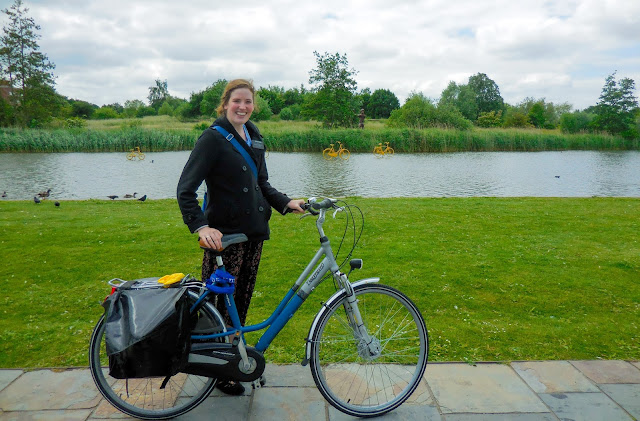 Get out and do the work with a smile on our faces is basically what sums it up. It is so true though. Sometimes I'm really just not in the mood to go out and talk to people, but Heavenly Father always gives me a reason to be outside. It sometimes just takes me a little bit to see why. But after the day is over I wished I would've just sucked it up and started strong in the first place, but I'm really learning to take advantage of my time here and love the work from the beginning of the day, and not just when I find success. Optimism brings success in my opinion :) 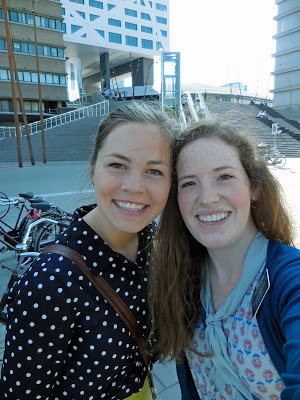 We had exchanges this week and I stayed in Utrecht with Zuster Fleming. She's the new Sister Training leader in this Zone and she is rockin' it. We had the most successful and productive day I've seen in a while and it helped me to remember that when we are diligent and desirous to do the Lord's work, He will give us blessings along the way. 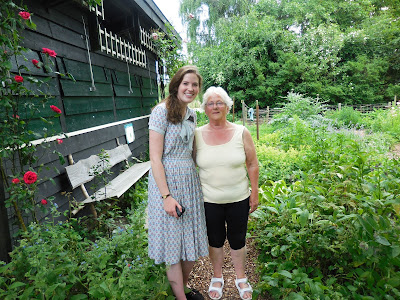 We knocked on a random door and a Moroccan lady answered it and invited us in to her backyard patio. She said she had just started to pour herself some tea and set out a 2nd glass because it is her culture to always have an extra glass to be ready to share even if no one else is there. She gave us something to drink and let us talk to her in her awesome backyard that she created herself. Everything in her backyard was either self made for free, or pretty cheap. She was such a thrifty lady. We got to share with her the Restoration, and it was the most easy going, casual, but spiritual first lesson I've ever given. Zuster Fleming and I had nothing planned in advance and we were able to just go by the spirit. My testimony was strengthened as we were sharing the wonderful news that the Church of Jesus Christ is restored to the earth. We are so blessed.

Later that day we went and taught 2 young brothers from New Guinea. They speak decent Dutch but they speak better French and some other really cool language. We were hoping to get a joint teach that spoke French but we only had 2 to choose from, and they were all busy. So we decided we'd teach the Restoration but have them read the pamphlet in French and clarify in Dutch. It was going pretty well until we asked them a question about Jesus Christ. They really didn't understand what we were trying to ask, and we couldn't just move along, because Jesus Christ is the center of our message! They pointed us to their computer in the other room and we used google translate to help them out. The computer started reading it in French and they went from being so confused to letting out a huge sigh of relief because they finally understood what we meant! Soo funny and so cool. We taught the rest of the lesson using google translate. It was funny because we were trying to type from Dutch to French, but realized that we could totally just do it from English to French haha. The best part of the lesson was asking them if they would be baptized if they knew it was true. We just typed it in and waited for their response. So easy and stress free :) They have already been baptized into another church, but we helped explain the importance of the Priesthood, and I think they understood it. They are really willing to keep learning and studying, and were even going to take The Book of Mormon to their Bible study. We're hoping to bring a French speaker next time!

That's all for this week! We are finding and meeting lots of really cool people, but haven't had the chance to give them all lessons yet. Hopefully that will change this week. Right now we have one person we are preparing for baptsim in August, and just working hard to share the Book of Mormon. I love this Book. I'm currently in Mormon and it is the best. War war war, but so good.

Grapje for the week:
The Elders called us 20 min before church was starting and asked us to bring 4 pieces of bread for the Sacrament. Little did they know we were rationing our food until P-day- didn't buy enough- and didn't have 4 pieces. We had 3 heel pieces that were super old, and a piece of pita bread. Good enough! We ended up eating weird food for lunch because we were planning on sandwiches :)

Love you all! Have a lovely week and Vergeet niet om te lachen! 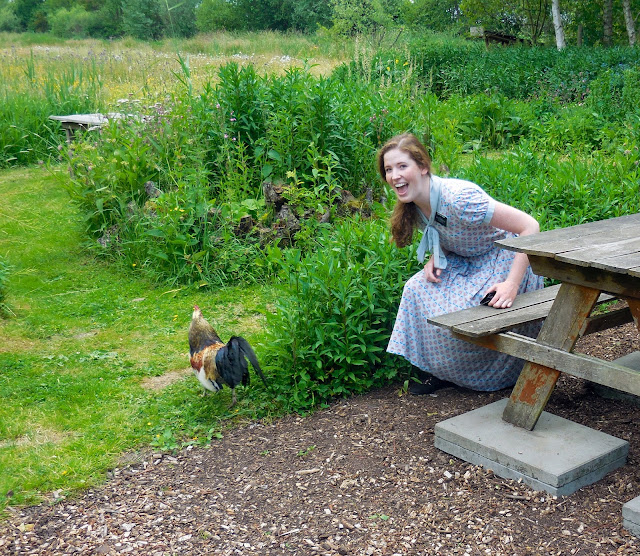 The Editors FAVE picture of the week (Mom♥)