I am in de grote stad van Utrecht! Crazy crazy crazy. I've already biked way more than we did in Leeuwarden, taught way more lessons in just 5 days, and gone to a ward with several more people. I am a bit homesick for my little Leeuwarden, but I'm pumped for Utrecht. New goals, new investigators- lots of potential baptisms coming up, and a really cooool companion.


Zuster Karlson is also a redhead... from Colorado and she went to BYU-I too! We've served with a few of the same people so we have lots to talk about. This city just barely had a trio of sisters so I've got some pretty big shoes to fill :)

I got to teach my last lesson to P. on Tuesday before transfers and it went really well. Last time I think I told you we showed her a baptismal calendar, so she decided she wanted to learn about the Law of Fasting. We talked to her about how fasting brings power to prayer, and how she is able to receive personal revelation through it. She could not believe that I was getting transferred and that I was okay with it. She thought it was crazy that I would believe that a call that came on Sunday night telling me to pack up and move to another city on Wednesday, would come from God. But it was really cool to teach her about our ability to pray about anything to receive a confirmation through the Holy Ghost. She's told us she is not going to be converted and get baptized, but wants to learn what we have to teach her. I hope that she continues learning from the sisters and trying to pray because I think that desire and truth will come to her as she continues to learn. She has soooo much potential!

Transfer day transfer day transfer day was crazy but oh so good. Ahhh. 3 suitcases and a bike. It was hilarious watching Zuster Romney and I putting it all on the train and seeing people giving us the weirdest looks and talking kind of loud about us. Little did they know... we can totally understand their Dutch. We only had to hop on 2 different trains though and we met everyone in Utrecht Centraal which was nice. The station here is soooo big compared to Leeuwarden and I love it! Reminds me of Antwerpen so I'm excited to be serving in a big city again.

I've already noticed a difference in the people here. Obviously there is no fryslan pride which is kind of a bummer, but there are so many younger people here, and people that are more willing to check out our website and maybe let us stop by again which is really cool. We were knocking doors the other day, and we just kept running into sassy people. We gave a guy a card and told him to kijk maar op de website (look on the website) and he said something like "okay ik zal kijken" ( okay I will look) and stuck the card right in front of his face and stared at it for a min and then said bye. It was too hard not too laugh. Sassy sassy people that are rubbing off on me because there was another door that the guy said he wasn't religious, and I asked him if it's always been that way, and he just looked at us like we were stupid and said yes. The words "echt waar?" (really true?) just came out of my mouth before I could stop it, and the guy just laughed.

We taught a lesson to a recent convert this week and she has lost the ability to speak for some reason, and has to use an ipad to type everything out. It was interesting because it's a bit of a guessing game. She understands us really well, but she starts typing something and you can try to guess what she's saying before she finishes to help the process go faster. She is really sweet though and loves to have us come over.

Things are going well here though! Just trying to get in the habit of everything again in a new city. I am loving meeting new people and working on new goals this transfer. Our big transfer goal is to Live in the Moment- don't anticipate too much of the future, and don't long for past cities. Work with what I have now, and make miracles happen.

A few images of fond farewell's to Leeuwarden... 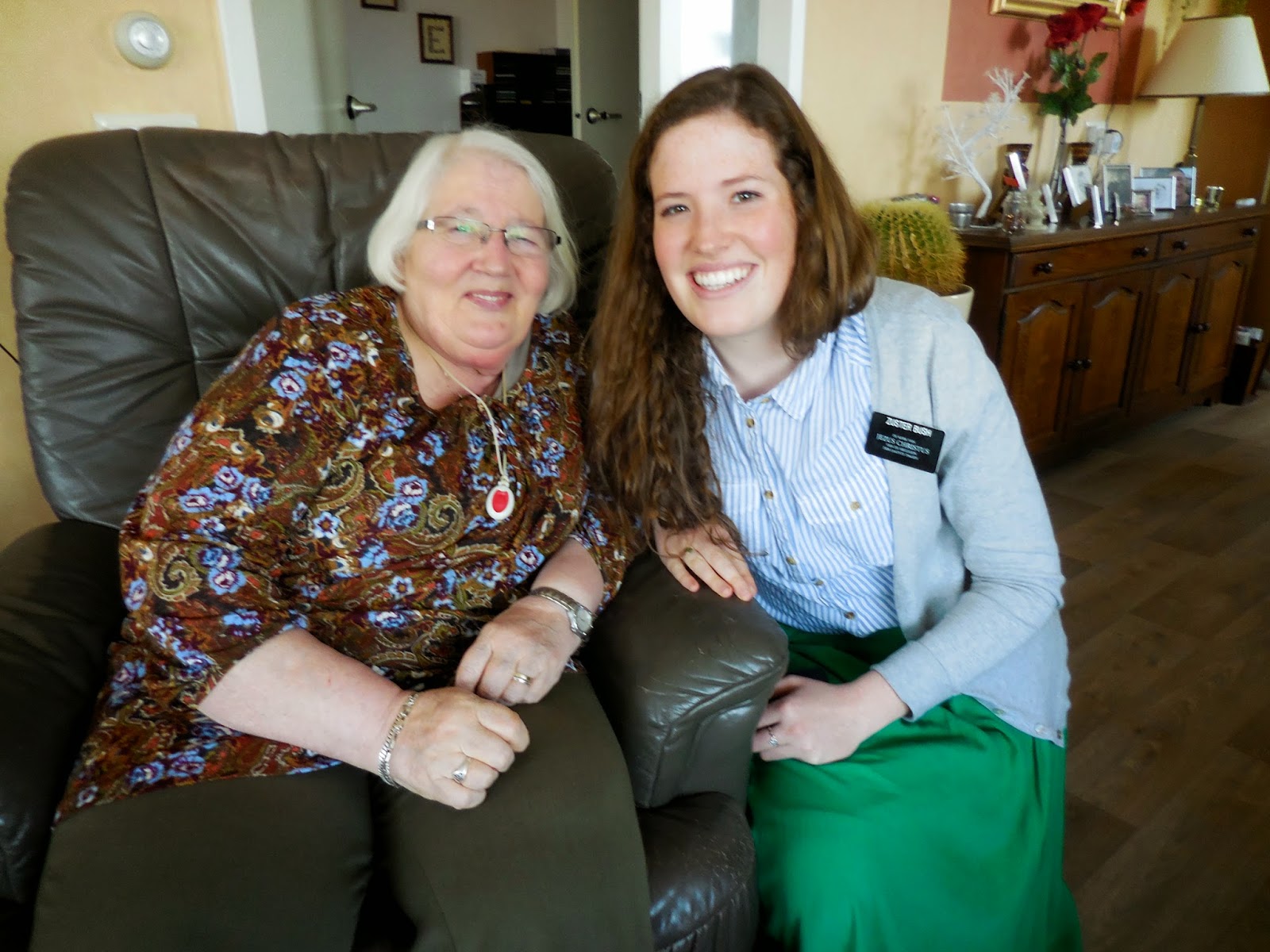 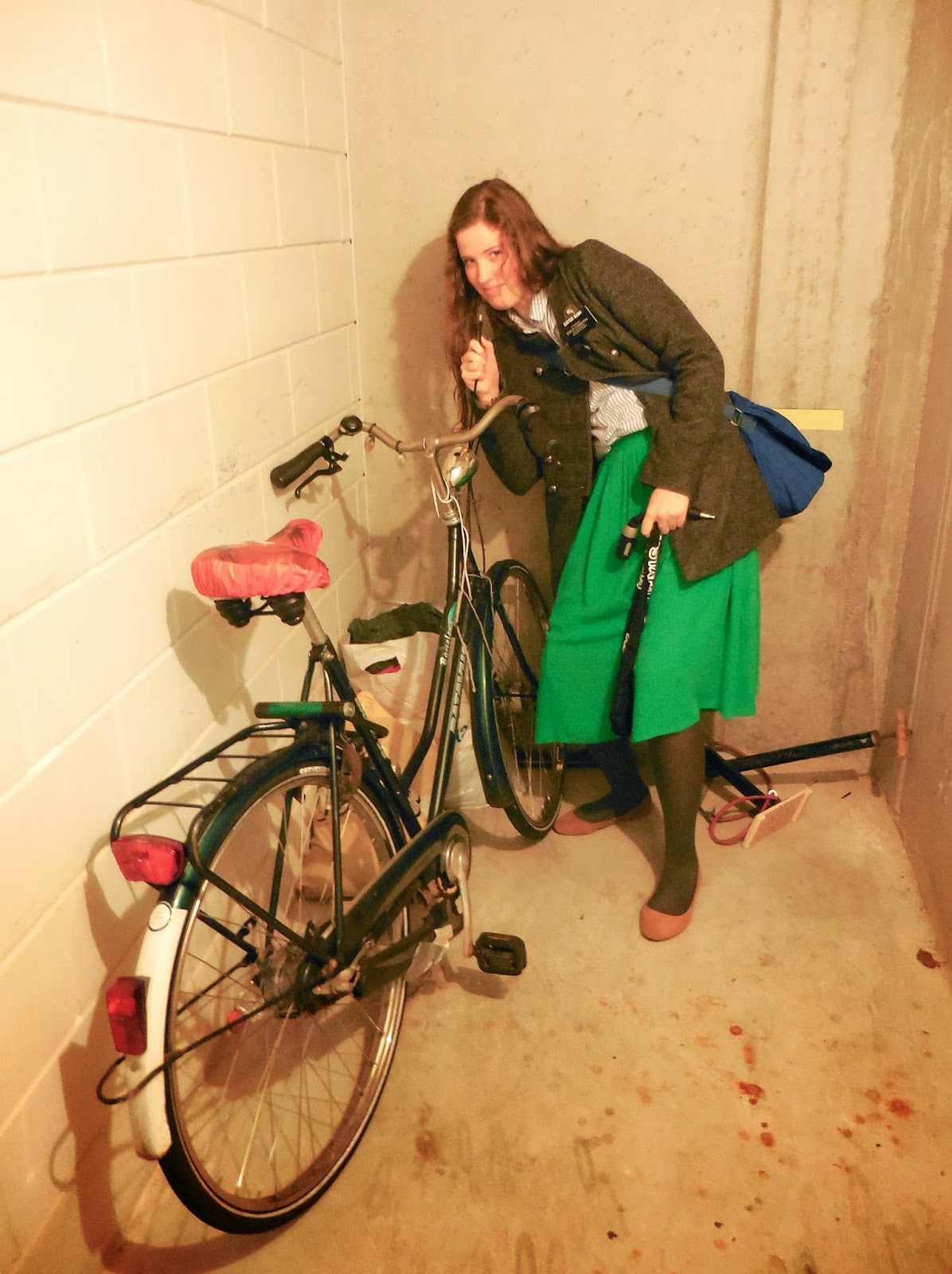 Saying goodbye to spit fire- the wretched bike
I had to borrow when mine was out of commission.
Broken gear and pieces tied to it with string and bubble gum.
Got lots of nice looks riding this thing around for a few weeks. Gonna miss it!

Favorite scripture of the week given to us by our District Leaders in Leeuwarden...
"This is‍ the day which‍ the Lord‍ hath made;
we will rejoice‍ and be glad in it."
Psalms 118:24