I marvel at the progress I make everyday, and how much strength Heavenly Father gives me to do this work. I am a missionary! It's crazy. Read Alma 37: 36-37 as you are making plans for this New Year. Counsel with the Lord and he will help you accomplish what you desire.

New Years Eve as a missionary was so interesting and fun. We had to be inside by 4 pm due to crazy Nederlanders and their non-existent firework rules, so we packed our morning with studies and two lessons and headed back home for a long winters nap.

The evening was filled with lots of old church movies, dancing around to David Archuleta Christmas music, and making nachos and sugar cookies. Thank you for the ingredients Mom! They were seriously the best sugar cookies we've ever had. We also played a Dutch card game we got from the ward for Christmas. 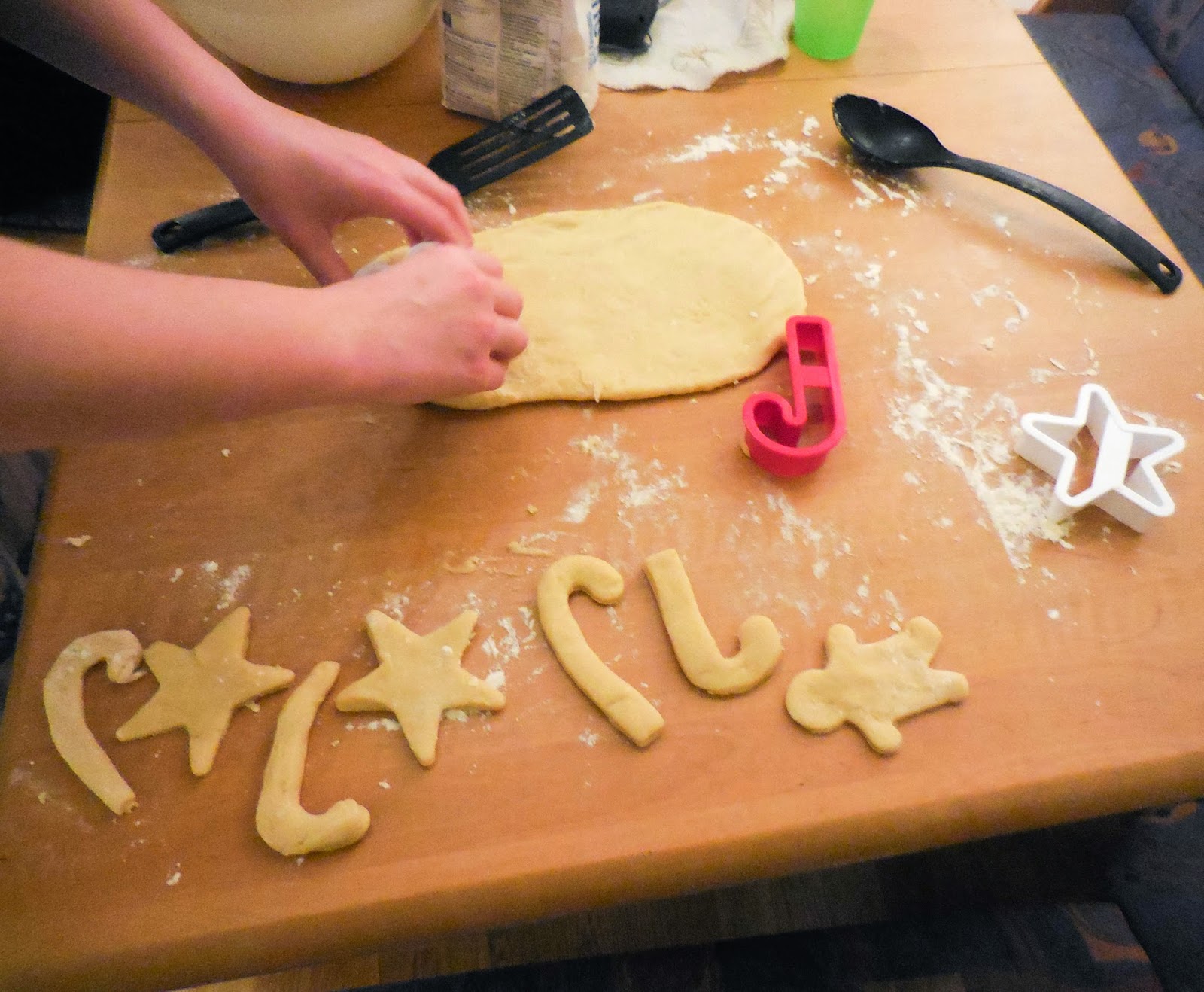 Fireworks began that day in the afternoon, but we were waiting for the big deal fireworks later that night. We went to bed at the usual time, 10:30, and set our alarm for 11:50. When the alarm went off we all stumbled out of bed so confused and tried to open our bottle of sparkling cider to ring in the New Year.

Our Apt is on the 7th floor and we could see fireworks in the front and back. So amazing. We stayed up for about an hour watching them and went to bed after realizing that they don't really do a grand finale here haha. They just kept going and going! I woke up around 3 am and they were still happening. We woke up at 6:30 the next morning and we still could hear a couple. It was crazy to see and hear so many.


On Saturday we set aside most of our day to leave Leeuwarden and contact some Christmas referrals. We had the bus times and haltes written down but once we hopped on the bus we realized that we had forgotten the paper it was written down on, and we had no idea which halte to get off at. We were stressed out for a minute but then I realized that I could just follow where the bus was going on the map I had. I was pretty set on doing it myself but I kept having this feeling that I needed to ask the guy in front of me if he had any idea which halte to get off at. 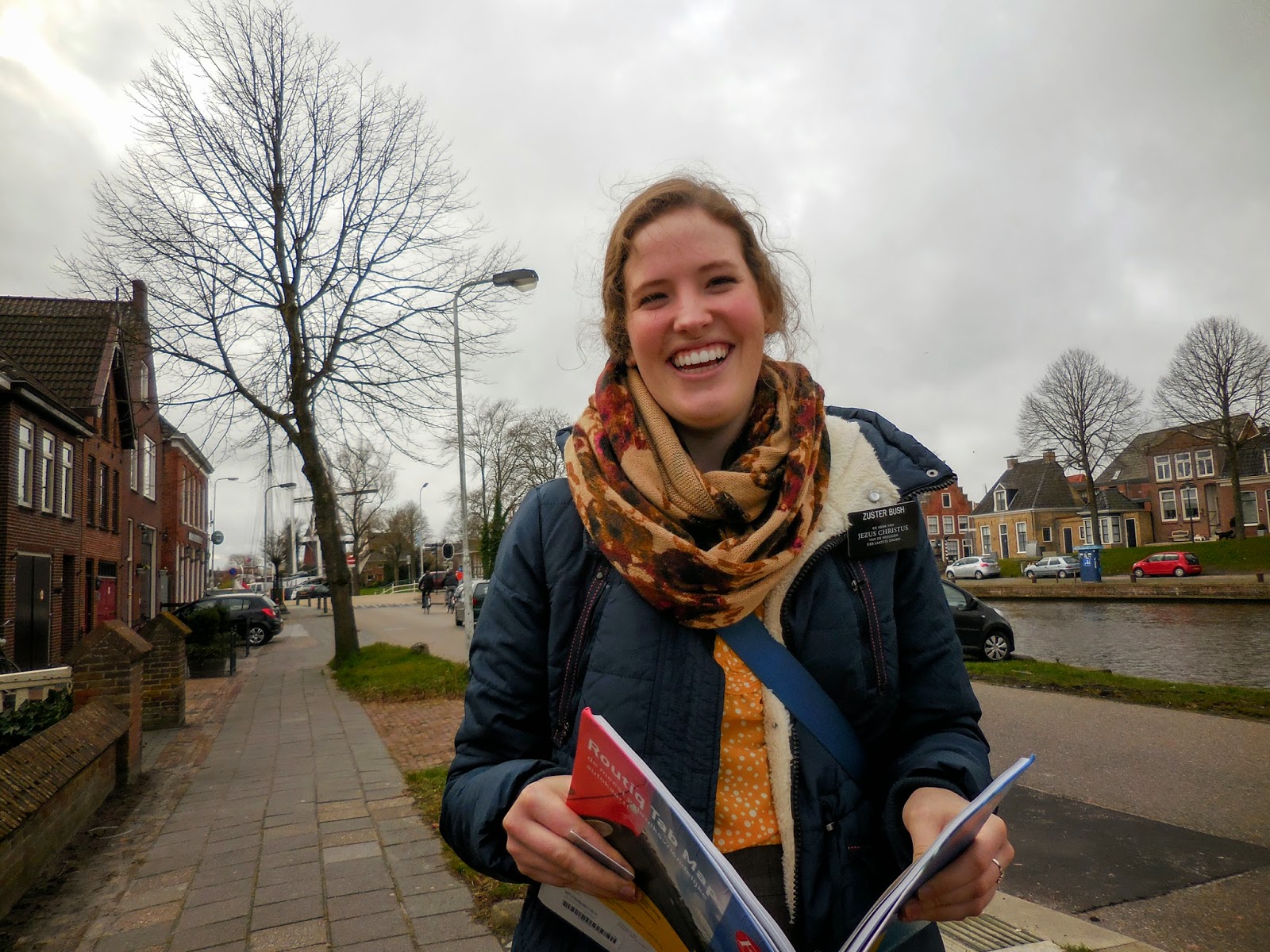 I listened to that prompting, and I ended up talking to him the entire 45 min bus ride. It was a win-win situation for everyone! He learned about our church, I found out how to get to our referral and also practiced my Dutch. I know that when I open my mouth it will be filled with words. I was able to communicate a lot more than I thought I could in Dutch. It was a growing experience for me!

Here are pictures of us last p-day
just chillin around in Leeuwarden:

We went to the leaning tower of Leeuwarden which was super cool
but not open for tours this time of year.
I tried Herring this week at District Meeting... salty fish like they ate on The Best Two Years. Super gross but it had to be done. Zuster Greenwell took a video of it that you might eventually see.

Also..... another cool thing. Our investigator came to church on Sunday!!! First time since I've been in Leeuwarden that we've had an investigator come. It was super exciting. He came with his wife who is a less active. I'll write more about investigators next week.

Miracle of the week-
We met a really cool Friesan lady with her Swedish friend on the same day we left Leeuwarden for referrals. We took this bus called an Opstopper. You call it an hour before you need it and it will specifically pick you up. We took it to this place called Hantum which is this tiny little town in the middle of nowhere. They happened to be going to the same place to see a Tibetian temple so we had some cool conversations with them. She has studied a lot of religions and was interested to hear what we had to say. We spoke in English with her because her friend was Swedish. SHOUT OUT TO AARON- and her English was really good. We said goodbye to them and ended up seeing them again on the way out of the little town, so we decided it was meant to be(even if our referral turned out not to be real!)

Well that's all for this week.
I am now in Alma 43 if anyone desires to read with me.

Love youuuuuuuuu.
Have a wonderful week!