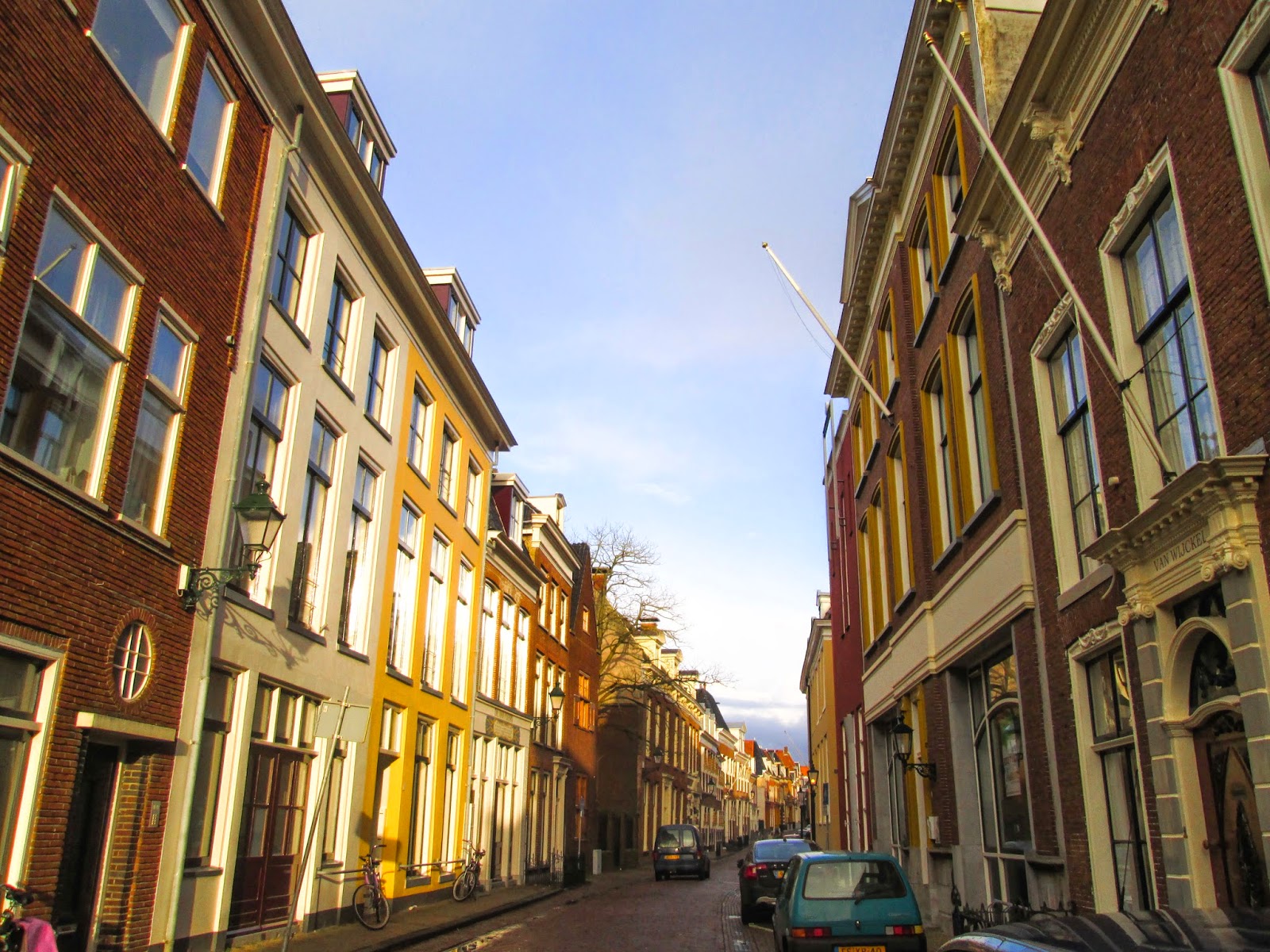 Last p-day we biked around looking for a delicious place to eat.
We were in the Centrum and we decided to bike down an alleyway that looked inviting. . .
don't worry it was light outside. 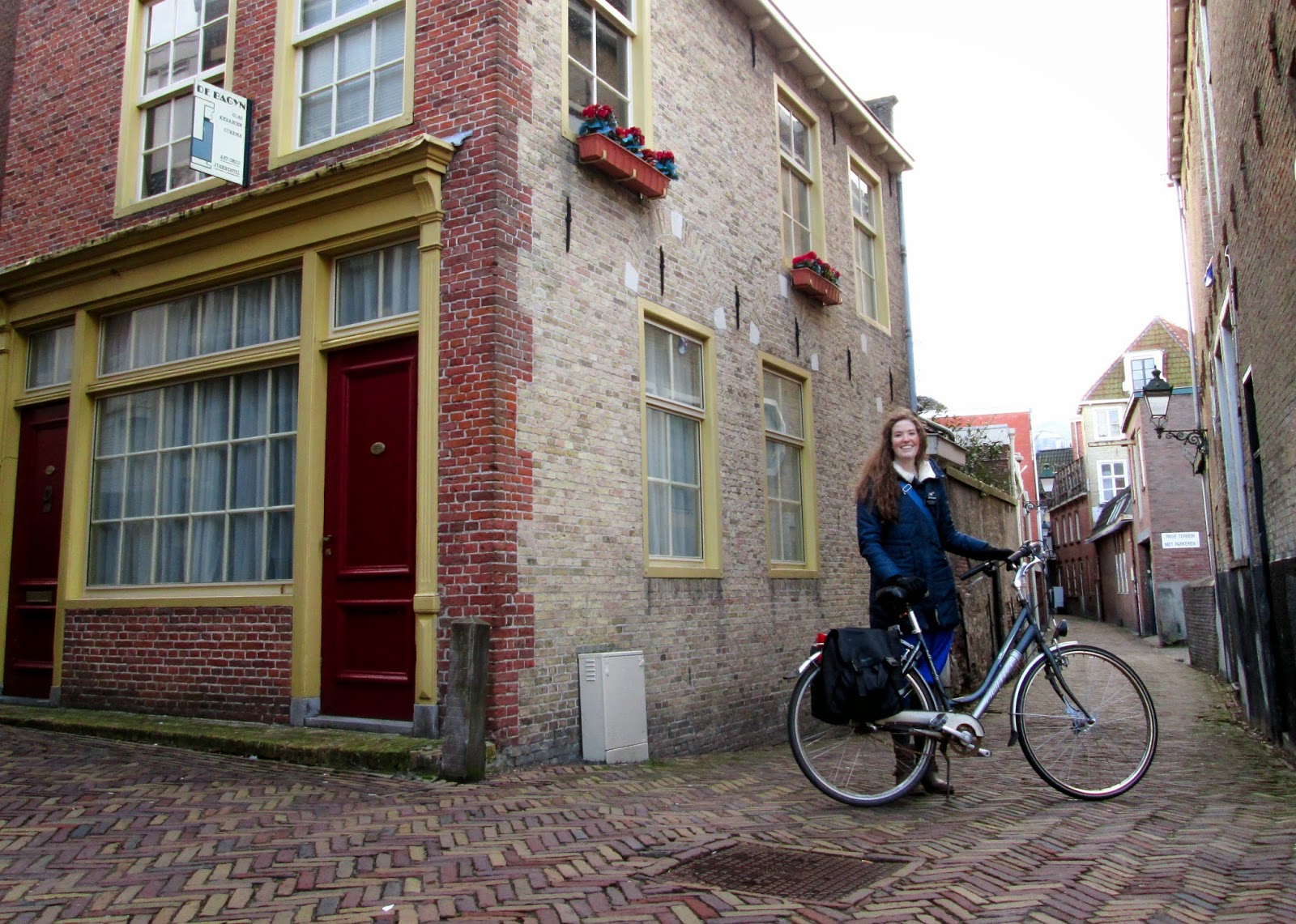 We left the busy centrum and found a neighborhood
that made us feel like we were back in another time period. 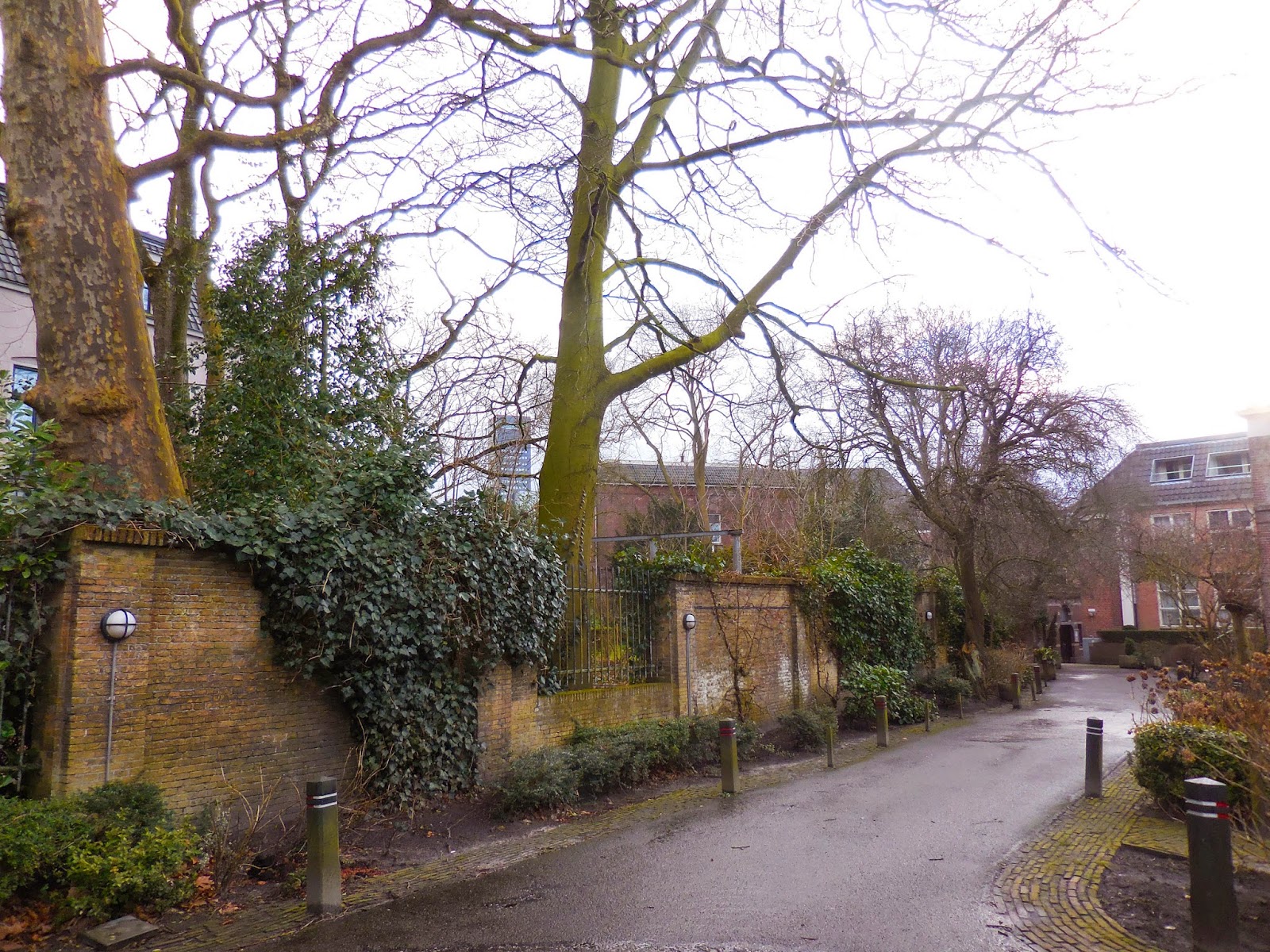 It was so quiet and old fashioned with beautiful trees and cool houses
with flower pots on the side of the houses. 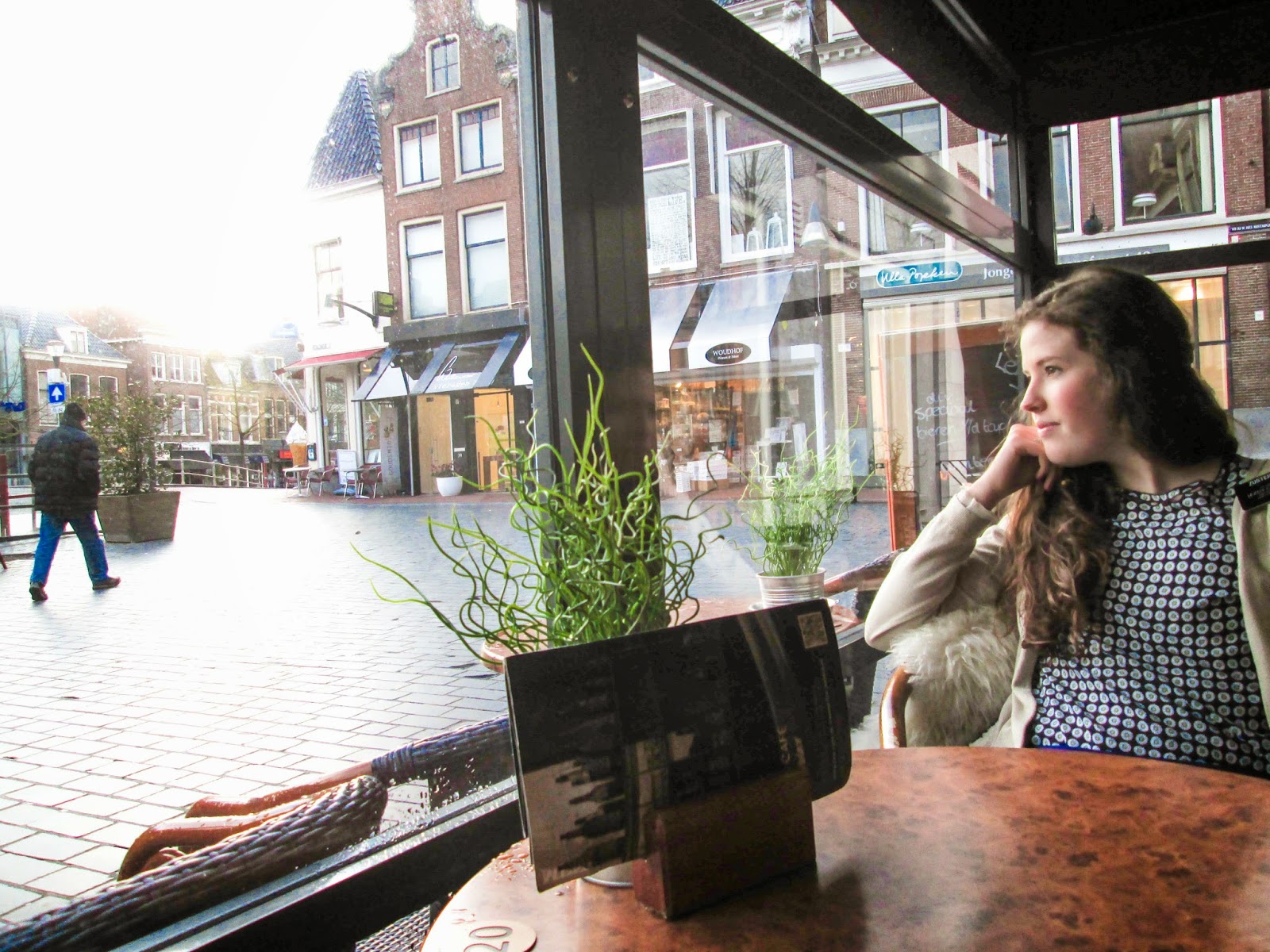 We ended up finding a cozy place to eat with a fireplace and fur on the chairs. 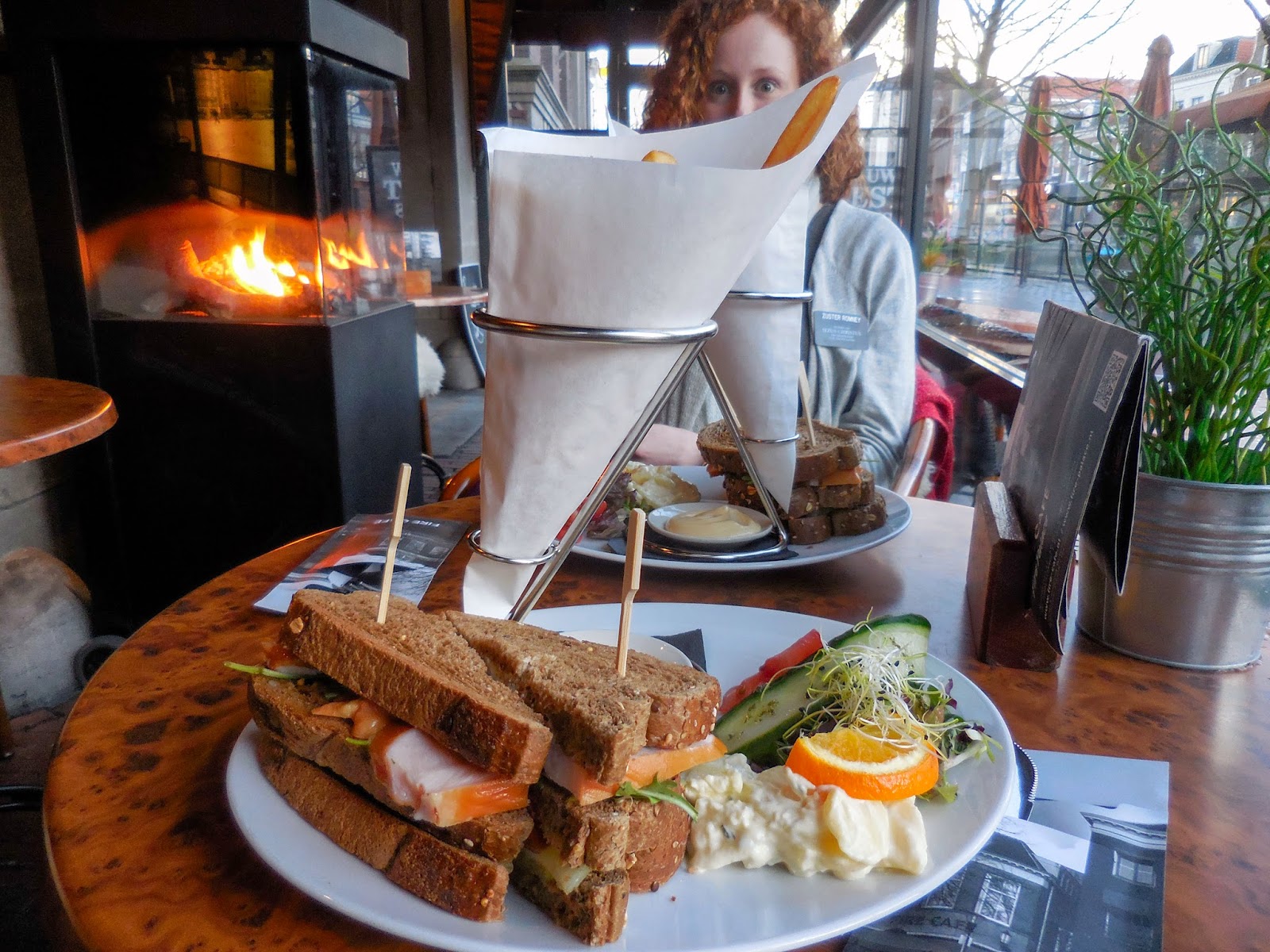 It was pretty cheap too!
Also it was a super rainy and windy day so we enjoyed sitting by the fire :)


Zuster Romney and I actually had time to contact on Saturday which is a really rare thing, we pack our days with appointments, but this time we had lots of time so we chose a neighborhood that Z. Romney thought looked cool. The buildings were geometrical and fun looking. We prayed for a family or a jovo- young single adult- that would be interested. We got closer and the houses looked very run down and sad. We knocked a few doors and didn't get any positive responses. There was a drunk man and most everyone else wasn't answering.

We did however find one potential and we didn't know it until later that night. Z. Romney did a bellup and they guy ended up walking down the stairs and surprised us. Our door approach was not the best Dutch because we were startled, and this classy jovo told us he wasn't interested. I came up with a comeback asking him if he was religious, and he said earlier in his life a bit, but certain things have happened to cause him to not be. He wasn't open to say much more so we gave him a Mormon.org card and left. We were so bummed because he looked so nice and the perfect age for our branch.

Buuuuuuuuut.... Later that night we get a phone call from a guy telling us we were at his door today and he was sorry he didn't have a longer conversation with us. We weren't really sure who it was at first because we knocked lots of doors. We actually thought it could've been this other drunk guy we met, but we found out it was this Jovo Guy! He said he didn't really realize what our purpose was for knocking his door and it wasn't until he looked at the website on the card that he realized. He told us he had a lot of respect for what we do- he read about what missionaries are on the website- and that he would be interested in setting up an appointment to learn more. He asked if we had any questions for him and he openly told us about how he likes to call himself Christian but he isn't really sure. He's tried other religions like being Muslim but just isn't sure about what is right for him. Coolest phone call I have ever had in Dutch and we are so excited to meet him on Wednesday and have a lesson in our church. I'll keep you updated!

We also had another lesson with M. and we talked about being grateful. We made her a gratitude journal with lots of good quotes in French about how being thankful and counting our blessings help us. She doesn't really speak that much Dutch so it was a really simple lesson but it was perfect for her.

A funny story. . .  as we were biking back Saturday, we heard someone yelling at us telling us to stop. It was a police office on a bike and he told us that we would have to pay a fine for biking because we were in a bike walking zone. We told him we had no idea because we aren't from here, and he asked where we were from. We told him America, and he didn't believe us! He basically said- But you can speak great Dutch... We tried to prove him wrong and Zuster Romney and I whipped out some lovely grammar that wasn't correct so he would believe us :) 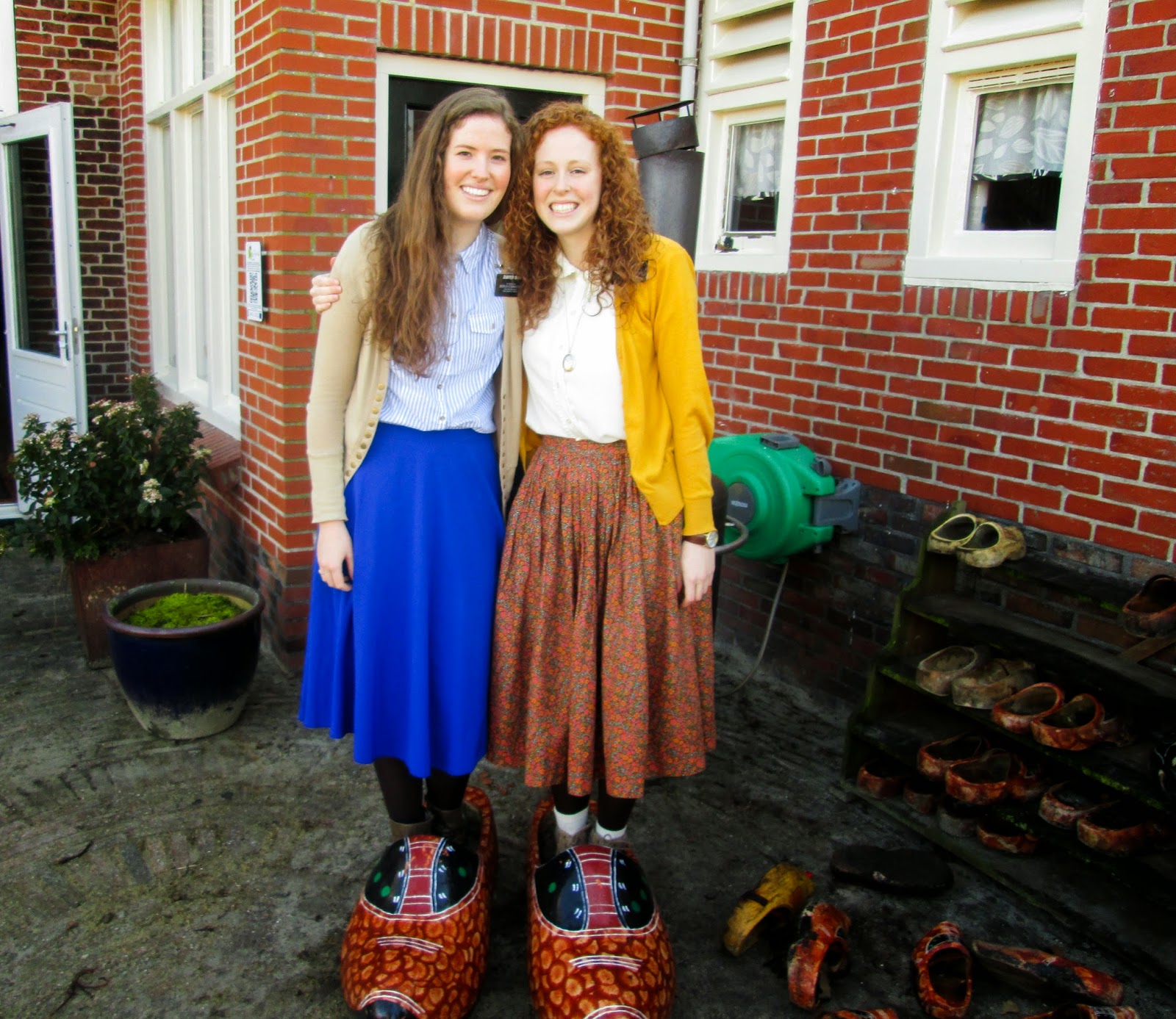 We went back to the Klompen factory today
so Zuster Romney could see it,
and we splurged and bought some. 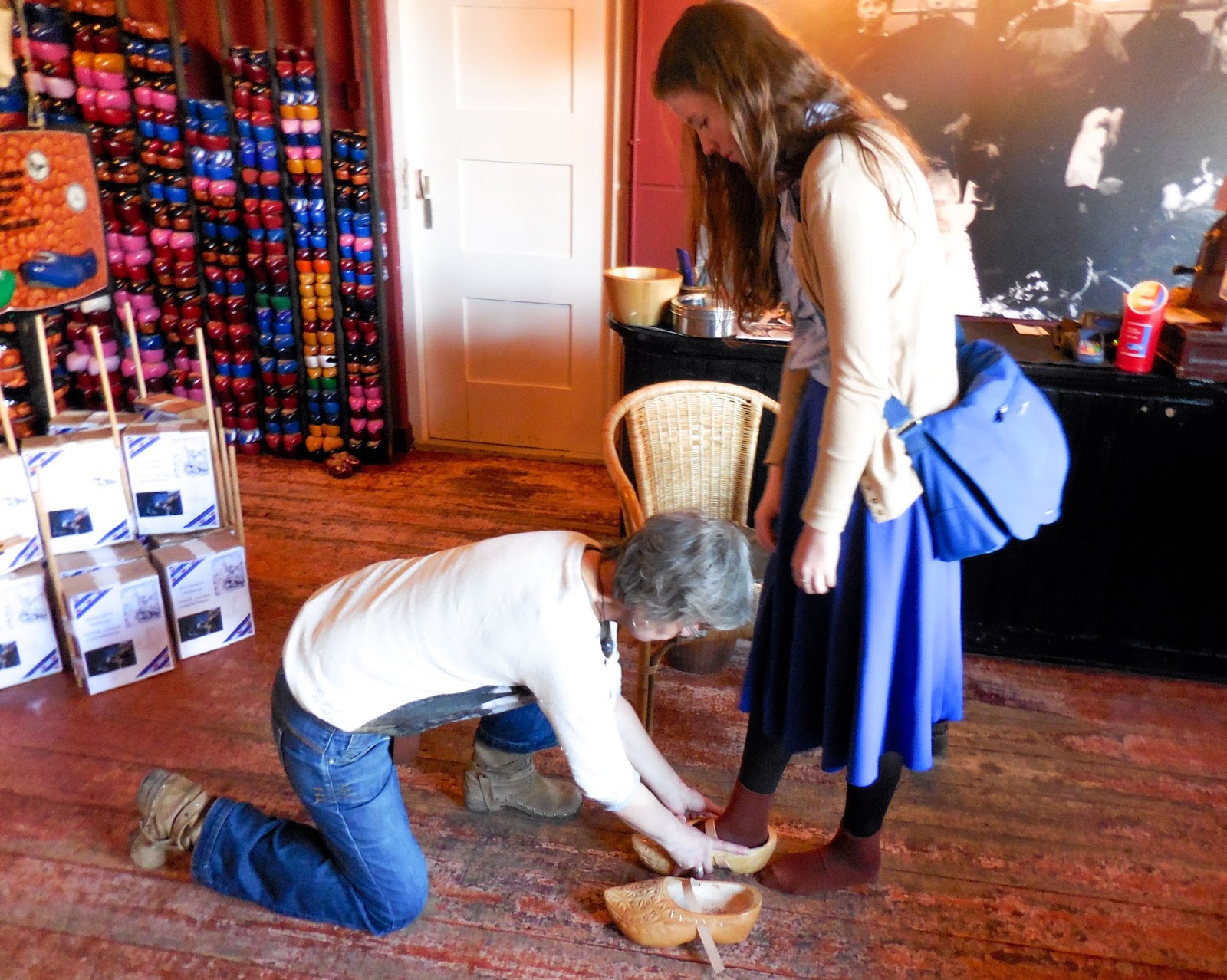 The Romig's took us and they are like celebrities at that place.
Everybody recognizes them because they take so many missionaries there. 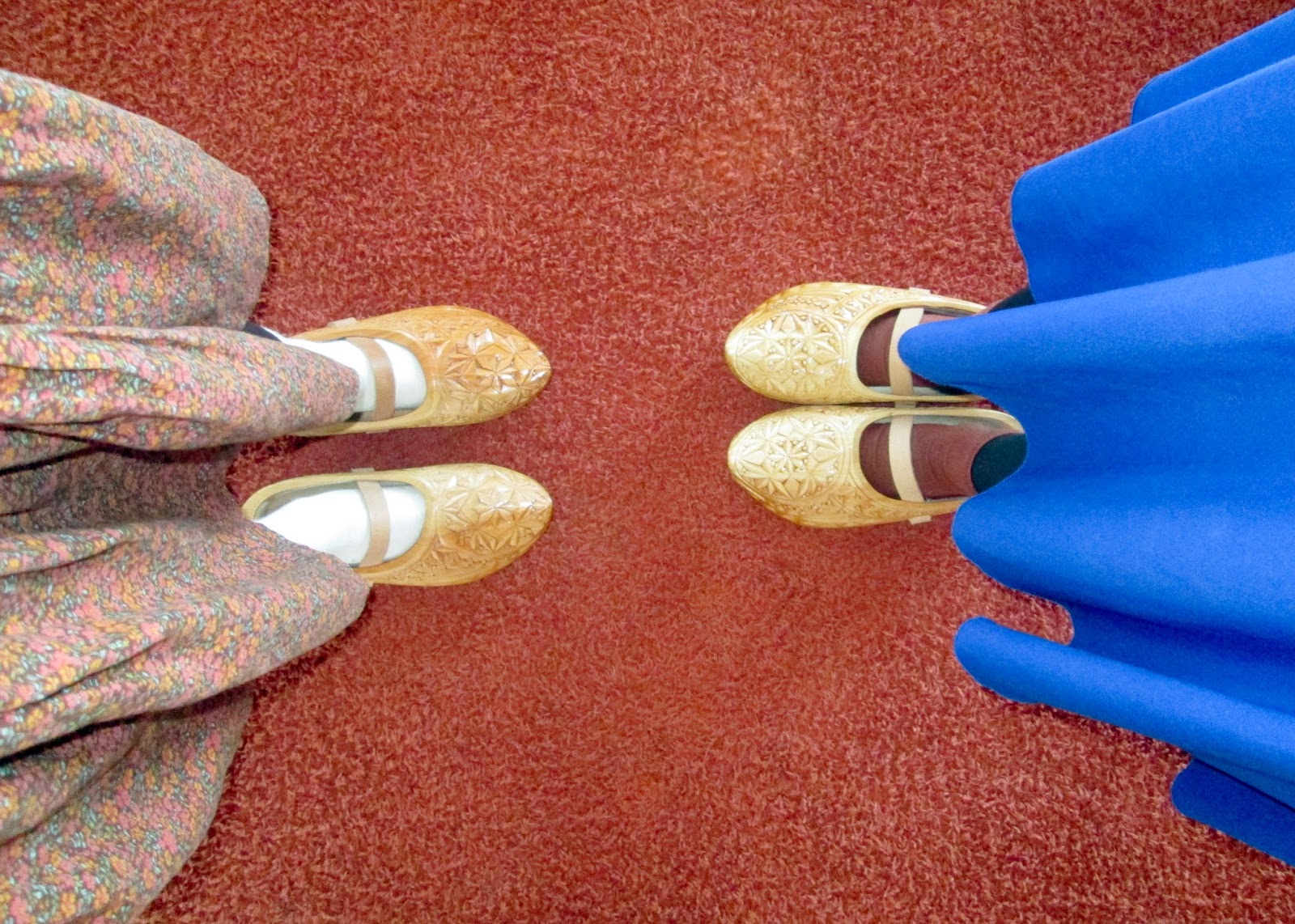 There was a man exchanging in his old klompen for new,
and he let us take a pic of him with his klompen,
and as he was driving away insisted that we take another pic.
Also there was a cute little boy getting his first pair of klompen! 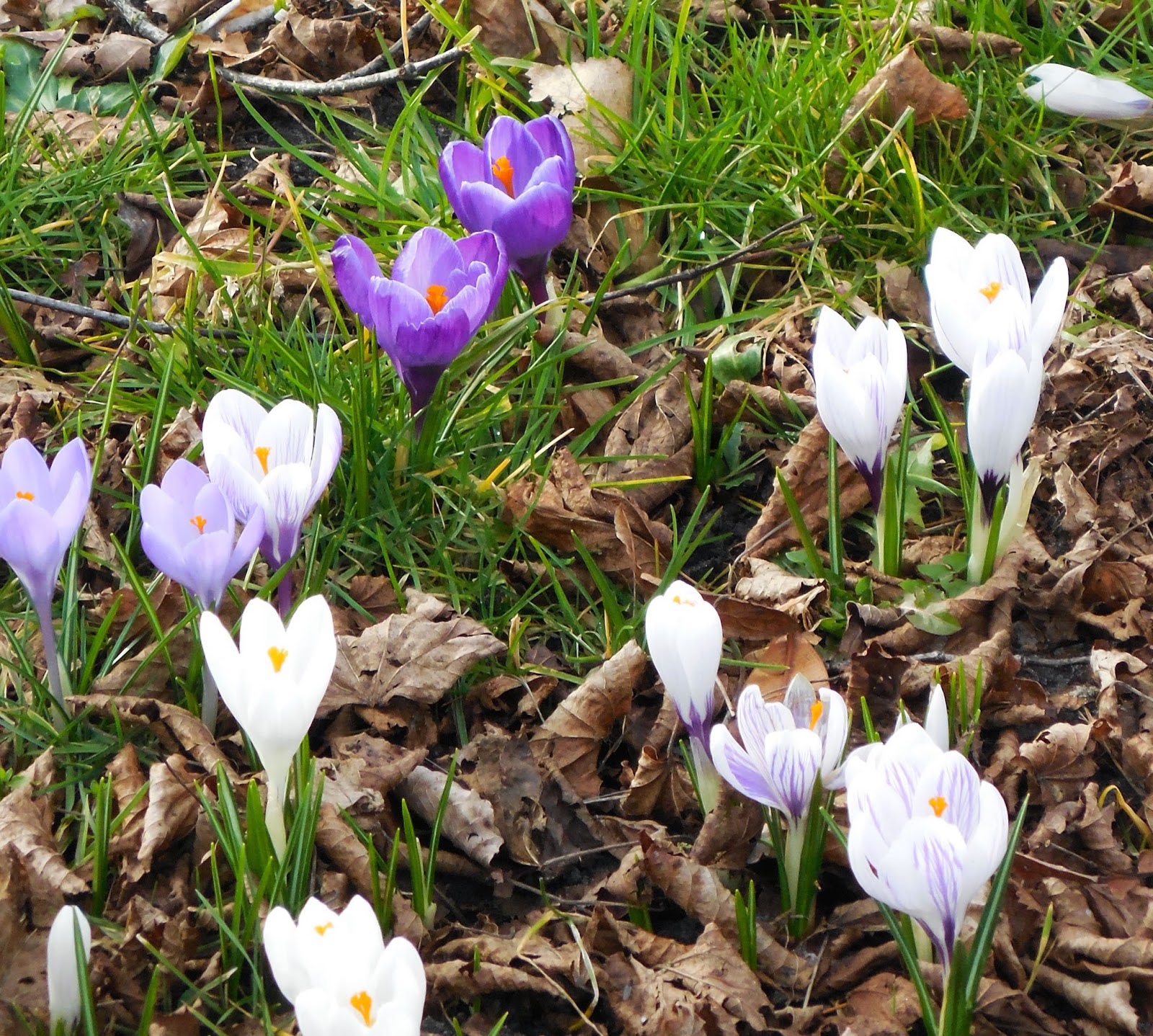 Crocus are popping up everywhere!
It is beautiful weather here and only super chilly at night.
They don't mow their lawns so these flowers can pop up wherever they'd like.
Stay tuned for more Mama Bush.
You're gonna die. It'so pretty.

Funny thing of the week...
We have an awesome ward member Br. Ahmed who invites us over to his house every Saturday night for dinner, and he read our palms this week. Basically I figured out my family is from England and I'm always happy because I'm on a mission. It's the truth though! I have never been more happier and invested in the gospel than I am right now.

Thank you for your love!